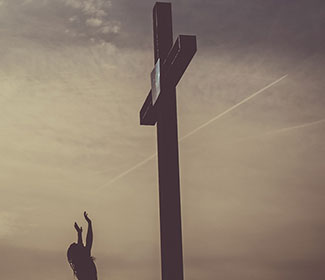 Agents of the Gospel or Secular Feminists?

If you long for a better world, then you’re in good historic company. In the 1800s, abolitionists promoted a world that had never existed—one without slavery. They faced unparalleled challenges: building industries without slave labor; uniting families, churches, and a country divided; and exposing flawed scholarship that supported slavery. Some of their greatest opponents were Christians who believed that the Bible condoned slavery. Many were convinced that abolitionists were driven not by the gospel but by secular Enlightenment ideals. Egalitarians face similar accusations.

We envision a world where women receive the same dignity and opportunities as men. Like the abolitionists, we seek to expose shallow biblical scholarship. We are also often accused of embracing not the gospel but secular philosophy—feminism. Egalitarians are accused of aligning ourselves with secular feminism not only by complementarians but also by some who make the same biblical case for women’s leadership in the church. Yet, neither have offered a thoughtful response to the feminist case.

It is easy to demonize and dismiss secular feminists, and Christian feminists and egalitarians with them. It is far more difficult to fairly evaluate the merits of their critique. We can boldly engage their ideas without abandoning our commitment to Scripture. Given that ten percent fewer women participate in churches weekly than in 2010 (according to Barna), responding to feminist concerns with Christianity should be viewed as essential to the work of the church. Let’s briefly consider their primary concerns.

Feminists seek to understand and respond to the oppression of women. NGO research indicates that—with 200 million females missing—we’re witnessing the largest holocaust in history. Pornography, fueled by a culture of greed and consumption, drives sex slavery and gang violence toward girls and women.

Globally, females are the last to eat and have the least to eat. They receive far less education, medical intervention, and professional opportunities and support than men. Females rarely receive equal pay for equal work, yet they often work a second shift as unpaid caretakers. Though including women as business leaders reduces unethical practices and builds a competitive work force, most businesses have few women in senior leadership.

Within the church, women are abused at comparable rates to secular culture, yet pastors receive little or no training on abuse. Churches often fail to confront pornography, and the sexual abuse it leads to. Christian employers have half as many women leaders as secular workplaces. Unsurprisingly, feminists view religious patriarchy as far more toxic because it considers itself divinely sanctioned. Thus far, we can appreciate their concerns.

Feminist theologians critique Christianity as oppressive and idolatrous because Christians worship a male deity who appoints only male representatives, teaching that men are more godlike than women.

Exposing the embedded patriarchy in Christianity, feminist theologians observe that the church routinely ignores women leaders and feminine metaphors for God in Scripture as well as prohibitions against creating God in earthly forms (Deut. 4:15–18; John 4:24). Patriarchal Christianity also obscures the truth that Christ as human (not as male) represents all people on Calvary and that God as Father provides not authority over women and members of the Trinity, but inheritance and identity for God’s children and household.

Christianity has disregarded women’s leadership throughout history and defended itself with flawed translations of Scripture. In doing so, it has at times been idolatrous and oppressive, legitimizing the global abuse of women. This challenge from both secular and Christian feminists is over 200 years old. We are unafraid to recognize the validity of this critique while also challenging feminist ideas and practices that break with Scripture.

Yet, feminism itself began as a deeply biblical movement. Like the abolitionists, first wave feminists viewed the suffering of girls and women as a gospel priority. Unable to separate social action from evangelism, these feminists were Bible-people of the highest order. The deeply biblical worldview of leaders like Sojourner Truth, Frances Willard, Katharine Bushnell, and Catherine Booth drove sweeping social reforms. Today’s egalitarians promote the same theological and social agenda.

Egalitarians join a long line of Christian reformers who believe that man and woman are created in God’s image for shared governance. Dismantling patriarchy—a consequence of sin (Gen. 3:16)—is one of the most vital theological and humanitarian projects in all of history. It demands our focus and the best efforts of the church, not a demonizing misrepresentation. When the church teaches, models, and normalizes male rule, it extends a patriarchal trajectory that devalues women and places them at risk for abuse. This was the concern of first wave feminists and of today’s egalitarians. I invite you to join the conversation and this God-given movement.

This article originally appeared as the president’s column in Mutuality 24.2: “Setting the Record Straight.”