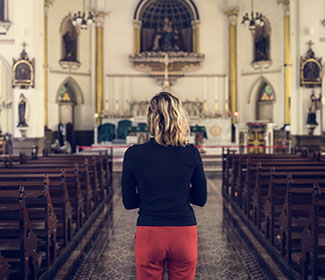 The news coming out of Willow Creek Community Church recently has been nothing short of tragic. It has been painful to hear the stories of the women who were victimized, and heartbreaking to know that their church and their pastors betrayed them, neglected to help them, and called them liars.

Sadly, the mishandling of abuse allegations is not unique to Willow Creek. We have seen and read story after story of women reporting abuse to a pastor or church leader, only to be told that they were somehow responsible, or to have their stories ignored. We have seen pastors stand up and “confess” their sins only after they have been exposed and backed into a corner, while congregations give standing ovations. We have seen churches protect leaders over victims, and keep abusers in their leadership roles even after their abuse has been made public.

This type of leadership has to become history. Self-preservation can never be the main goal of the church. The gospel calls for the protection of the powerless, and that must take precedence over the reputation of the powerful. The image of a church can’t be more important than ministering to the people in the church. And ultimately, the mishandling of abuse allegations will damage a church in a deep and profound way.

After a sin like the mishandling of abuse allegations is made public, can a church heal? What is next for this church? After a betrayal on this level, how can women in the congregation feel safe? What steps must the church take towards healing?

In the case of Willow Creek, there was the sin of Bill Hybels sexually harassing and assaulting women, lying to the church, and accusing the women of lying. But there was also the sin of the church leadership in hiding the accusations, failing to investigate properly, calling the victims liars, and putting their own interests above those of the victims. After confessing the specific sin, and taking clear responsibility in a public way, there is a process of healing that needs to take place.

The process of healing cannot be facilitated by the people who caused the harm. That means there need to be resignations and new leadership put in place. As of yesterday, Willow Creek’s elders and lead pastor have resigned. This is a step in the right direction.

Calls for new leadership in churches where abuse has been minimized may sound extreme, but if a church is serious about providing a safe place for women and survivors, then removing offenders and those that enabled them from leadership is critical.

Review of Old Policies and Implementation of New

It is important for the new leadership, with input from the congregation as well as outside sources, to review the structures and processes that were in place which led to the grievous failure. What accountability structures were, or were not in place? What procedures were in place for reporting abuse? What steps along the way should have been different?

Then, it’s critical to have an extremely transparent discussion (one that includes the congregation) on what procedures and processes will be put in place to prevent the same issue from happening again. This should include structures of clear accountability for people in leadership positions, a clear procedure for reporting and responding to reports of abuse, and a mandatory independent investigation when abuse has been reported. Nothing short of complete transparency and clearly written and defined policies will help toward healing. The new leadership needs to prove that they are serious about preventing the situation from ever occurring again.

Many times, women have been shamed or guilted into silence, afraid to even disclose their abuse. In order for healing to take place, women and men in the congregation must have faith that they will be believed, and that their accusations will be addressed appropriately. The most important words a pastor or church leader can say when someone reports abuse are, “I believe you.”

In order for a church to rebuild trust with women and survivors, many honest conversations need to take place. Hard topics have to be discussed. Total transparency is necessary. Concrete procedures need to be established. Every member of the church should have a clear understanding of where to report abuse, faith that their report will be taken seriously, and knowledge of what steps will be taken to deal with it.

Healing for Willow Creek and other churches in their situation will be a long and slow process of rebuilding trust. It will mean honesty, honesty, and more honesty. Leaders must be willing to be vulnerable and do the difficult work of rebuilding trust. It’s an uphill journey, but it’s worth it. A church will be so much stronger and healthier when it demonstrates its willingness to do the hard work of becoming a safe place for all of its members.

PrevPreviousThreads of Wisdom
NextIs the Gospel the Antidote to Misogyny?Next