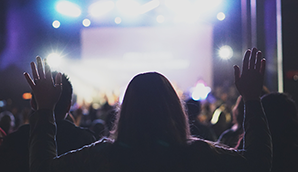 4 Ways Complementarian Churches Can Be Better for Women

Editor’s Note: We’d like to see all churches embrace egalitarian theology, but in the event that a church is not yet prepared to do so, we offer these four ways they can move closer to being a safer and more positive space for women.

Many complementarians want to respect women’s needs and stories and benefit more concretely from their insights, but are not sure how to begin moving in that direction. I used to leave church in frustration every week because of the implicit marginalization on display in services. A childhood, or lifetime, of watching women pushed further to the edges of leadership and visibility has an immense impact on a woman’s self-worth.

So, if your church of choice is firmly convinced of complementarianism at this time, they still need to make every effort to mitigate these negative effects. To that end, here are four principles to keep in mind with practical changes complementarian churches can make. My hope is that even in our differences, these ideas can help you empower and affirm the women who lead, and maybe consider a new way.

Women are more than half the global church, and according to Pew Research Center, the gender gap becomes more pronounced when it comes to church attendance, personal prayer, and how important religion is to the respondent. Christianity has the biggest female-favoring gender gap of any major world religion.[1] One of the frustrations we experience is that our work is often unpaid and unofficial.

Some women spend decades volunteering to do work that a man would be paid for or even ordained to perform. This is not to say that most resent the work they do for the gospel. But it is worth noting what the feminist movement has long lamented—women, across centuries and cultures, are expected to work for free. Not only the behind-the-scenes of Sunday morning, but cooking, cleaning, and child and elder care usually fall thanklessly to unpaid women. We may disagree on the type of work women are authorized to do, but we ought to agree that the work they do matters.

If elders’ wives are expected to do counseling, their position should be formalized. Choose couples capable of ministering together, rather than assuming—and presuming upon—the gifting of a woman because of who she married. If your church has deaconesses, they should be named and function like deacons. Deacons ought to receive the same theological training, scrutiny, ordination and voting power when they are installed, whether they are men or women.

A recent Presbyterian Church in America (PCA) committee on women in ministry, unfortunately only 25% female, recommended the ordination of male deacons and the selection of unordained helpers who may be called deaconesses.[2] While this is a good step in the direction of formalizing women’s work, it does not count as having women on the diaconate. If you cannot affirm equality between deacons and deaconesses, it is patronizing to use the word for a person who is accorded fewer responsibilities and less authority because of her sex.

One of the risks inherent in exclusively male leadership is that the female perspective is necessarily disadvantaged. Often, complementarians point to elders’ wives as a solution to this problem, but men in this scenario are not accountable to women in any official capacity—a situation that easily degenerates into poor handling of gender-sensitive issues. The perspectives of single women are also lost.

To combat this problem, develop a female council that communicates women’s needs and perspectives to the elders or male leadership of the church, and if your church is large enough, make sure at least one woman is doing salaried ministry full time.

2. Do not speak as if women do not exist.

The word “brethren” has no place in mixed company. Few things are more bitingly isolating than the realization that your humanity is so insignificant as to be subsumed into that of the man standing next to you. Yet oppressive language fills hymnals and sermons.

Now that male terminology for humanity is no longer strict grammatical convention, its use is necessarily intentional, and a statement in favor of the casual marginalization of women. Incidental androcentric language in the Bible’s original text—and often it is not androcentric, but neutral—is not normative. Like many other elements of the text translated “wrong” to capture the right meaning in modern English (for example, the ESV translates “bowels” as “heart” in Song of Solomon 5:4), a gender-inclusive translation is accurate and faithful.

When a pastor talks about women positively from the pulpit, it can go a long way towards cultivating respect and communicating to women that they have value. Preach through Esther and Ruth. Make note of women like Abigail, Huldah, Junia, and Phoebe—who had small parts in the Bible but big ones in life.

Do not give children coloring pages about Samson and skip Deborah. Preach creatively about the many stories that showcase extraordinary faithfulness and courage in women. Correct oppressive misconceptions about Proverbs 31, which praises competent, publicly-active women. Allow female theologians the chance to influence you.

Preaching about domestic violence is crucially important. Ninety-five percent of women surveyed by Dr. Nancy Nason-Clark have never heard a sermon on domestic violence [3], yet one in three women experiences it.[4] It’s not uncommon for violent men to use the Bible to justify their behavior to their wives and to themselves.

Some women accept their husbands’ appropriation of the Bible, and some are afraid of the consequences of holding them accountable. Either way, women and their families are destroyed by the spiritual consequences of Christian domestic abuse. Condemn this sin regularly and unequivocally.

When violence is reported, be aggressive in helping the victim escape. Leading complementarians have a singularly terrible track record on domestic violence response. Consider John Piper’s advice for an abused woman, that she “endure being smacked for a night” if it’s “simply hurting her and not causing her to sin.” He suggests some cringing, deferential words and affirmation of the abuser’s authority (because of the outcry it is difficult to find a primary source anymore, but he is quoted at length on several blogs [5]).

Whether you agree with Piper’s extreme stances or not, your complementarian congregation is reading him. Don’t allow misogyny of this sort to go unrefuted in your church. Understand the enormous risks women take in speaking up, and make it clear that there are not “two sides” to abuse. Seek out role-specific trainings for pastors, leaders, and lay people.[6]

If you want your congregation, particularly children, to see devout women of character and spiritual maturity as the norm—show them at work. Women’s gifts ought to be used to the fullest expression possible under your theological convictions. For example, 1 Corinthians 11:5 gives instructions to “every woman who prays or prophesies,” but it’s only in egalitarian churches that I have ever seen a woman offer the congregational prayer or prayers of the people—at least at a morning service. Put spiritual responsibility like this in the hands of women, like Paul did.

If the morning’s text or lectionary is read prior to the sermon, put women in the rotation of volunteers. I know of a church that ruled out women in its search for a new worship director, when in fact the Old Testament is teeming with women leading Israel in song. Even if your leader is male, he should know that most contemporary worship songs are written in keys unfriendly to the female voice. This might be a small annoyance, but when you can’t sing straight through any song in a service, it is noticeable and isolating. Transcribe some of them.

One of the most powerful visual changes you can make is to have women among those serving communion. When I receive the elements from a communion servant, I am looking at the image of God in the body of Christ, Jesus’ gift of sustenance extended in unity with his historic church. When there are no women giving the sacrament, it is a visual confirmation that men are the church. You can teach the spiritual equality of the sexes to your congregation by making it obvious, every week, that communion with the church is communion with women, who are instruments of God’s grace. I look for the image of God in them and it makes my spirit soar to recognize it—because it means it is in me too.