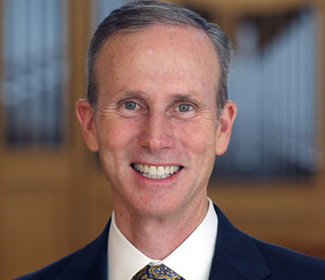 Todd D. Still serves as Charles J. and Eleanor McLerran DeLancey Dean and William M. Hinson Professor of Christian Scriptures in Baylor University’s George W. Truett Theological Seminary. Dr. Still, who was named as the seminary’s fifth dean in February 2015, joined Truett’s faculty to teach courses in New Testament and Greek in the fall of 2003. Before coming to Baylor, Dr. Still taught at Gardner-Webb University’s School of Divinity in Boiling Springs, NC, where he occupied the Bob D. Shepherd Chair of New Testament Interpretation, and at Dallas Baptist University in Dallas, TX, where he served from 1995-2000.

Dr. Still is the author of numerous books, articles, reviews, and Bible study materials. He has also edited several volumes. In addition to his academic work, Dr. Still is deeply committed to and actively involved in local churches. A licensed and ordained Baptist minister, he frequently preaches and teaches in congregational and conference settings and has served in a variety of ministerial capacities, including interim pastor.

Dr. Still is married to Carolyn, a founder, administrator, and teacher at Live Oak Classical School. They live in Waco, TX and are the proud parents of two young adult sons. Apart from work, Dr. Still enjoys gardening, golfing, watching Baylor Bear athletics, playing with his family’s many pets, and traveling.

CBE Endorsement: I am grateful for and supportive of the indispensable work and witness of CBE and President Mimi Haddad. This Christ-centered, gospel-loving, Scripture-oriented organization is a blessing to the Church. What is more, CBE is a balm to women in general and to women ministers in particular. Meanwhile, it is simultaneously a barb to those who have yet to see that the ground is equal at the foot of the cross and that the Spirit has entrusted women as well as men with gifts and graces that are to be employed for the up-building of the Church and the extension of the Kingdom in this world.

Todd Still serves on CBE’s Board of Reference.

Resources By This Author

Jesus and Paul on Women: Incomparable or Compatible?