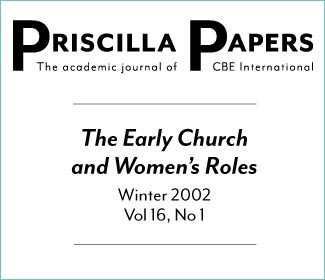 Women and the Church in China: With the gospel, missionaries brought new status to Chinese women

For most of the 5,000 years of Chinese history, women were deprived of basic human dignity, and they were under various kinds of oppression.

Before the nineteenth century, a Chinese woman’s life was wrapped around three men: father, husband, and son. The famous “Three Submissions” taught that a woman should follow and obey her father while still young, her husband after marriage, and her eldest son when widowed. “A woman married is like a horse bought; you can ride it or flog it as you like,” says a Chinese proverb. Widows with no sons could not inherit property; sons alone could continue the family lineage and fulfill the duties of ancestral worship. Sons stayed within the family and worked for the honor and prosperity of the family. In contrast, daughters were money-losing goods. In desperate times they were the ones to be sold, abandoned, or even drowned—but never the sons.

The highest virtue of women was submission to men; their best display of character was fidelity. While men were allowed to have wives and concubines, women were required to be faithful to their husbands unto death, and sometimes in a literal sense.

A woman was considered a heroine if she refused to remarry after her husband died, even if it meant she would starve to death. (Because women were not allowed to work and make money, a widow had no means of support if she had no sons.) Beginning in the Sung Dynasty, around a.d. 979, widows were encouraged to pursue fidelity with religious zeal by self-mutilation or suicide.

Young girls were also expected to receive mutilation: the foot-binding that had been perpetuated for a thousand years. Girls as young as three or four years of age were forced to go through this painful and cruel ritual. The toes of both feet would be bent inward, and a piece of cloth would be forcibly wrapped and bound around the feet to stop their growth. With bones crushed and skin torn apart, the feet would bleed profusely. The girls would then be restrained from going outdoors; they were to be confined to the domestic sphere. This practice originated with a king who liked to watch a court dancer performing with bound feet. From that time on, men insisted that foot-binding was a womanly thing to do, and it became a criterion for a woman’s marriageability.

Women were not only deprived of economic and physical freedom, they were also discouraged from developing intellectually. A Chinese proverb claims, “The absence of talent in a woman is a virtue,” for “A woman too well educated is apt to create trouble.” The only education women were exposed to was the “Four Virtues,” which included propriety in behavior, speech, demeanor, and household duties.

When missionaries brought the gospel to China, the destiny of Chinese women began to change. In 1807, Robert Morrison, the first Protestant missionary to China, arrived in Canton. In 1844 Miss Aldersey, a woman missionary from England, established the first girls’ school in Ningpo. At first, the attempt to change the status of women was viewed with suspicion, because missionaries came with imperialism, guns, and powder. Parents did not feel secure in sending their daughters to school. But China was under great political turmoil at that time. The Chinese people, particularly the intellectuals, were urgently seeking ways to renew and empower the nation. Missionaries pointed out that educated women could become resourceful mothers, and the worry and fear subsided. Students began to trickle into the schools. The number continued to increase over the years, and in 1877 there were well over 120 elementary girls’ schools founded by missionaries, with a total of 2,000 students. Later on, high schools and universities were also established.

Some of the graduates of these schools became the first group of students to study overseas. Some became renowned and successful professionals, and they returned to China to make a great impact on the society. It was not until 1898, however, that the Chinese people started their first girls’ school, in Shanghai.

Education brought enlightenment. Many students and their parents realized the thousand-year-old custom of foot-binding was a hindrance to personal growth, besides being hazardous to the girls’ physical well-being. Missionaries also condemned it as an evil practice that “distorts the image of God” and “paralyzes half of the population of China.” Thus, in 1874, missionary John Macgowan from the London Mission Society founded the first anti-foot-binding society in Hsiamun in Southern China. About 40 Chinese women became members, and the number continued to grow. From then on, “heavenly feet” societies sprang up in different parts of China, run mostly by the wives of missionaries. Education and promotion through books and seminars spread the concept far and wide. In the year 1897 the Chinese people started their own anti-footbinding society. The spell of a deep-rooted custom was finally broken.

Other social reform efforts of the missionaries included operating shelters for abandoned baby girls and for prostitutes. The example of women missionaries working side by side with the men missionaries served as an important role model for a lot of women who later distinguished themselves as doctors, teachers, and lawyers. People recognized the gifts of women and the contributions they were able to offer to the society.

1. Mary Stone (1873-1954) was a Chinese missionary doctor who came to the U.S. for medical training, then returned to China to serve among the sick. She was born and reared in a Christian home by parents who were God-fearing Christians and open to change. They realized foot-binding was an evil practice and had decided not to allow her to go through the ordeal. As a result, Mary became famous in her hometown because of her unbound feet. Her father later became the pastor of a Methodist Episcopal church, and her mother was the principal of a Methodist Girls’ School.

Mary’s parents had a good friend, Kate Bushnell, who was a medical missionary, and her father wanted her to follow Bushnell’s footsteps and so he sent her to the University of Michigan Medical School. Following graduation, Mary was sent by the Methodist Church to China as a medical missionary. She treated many patients, attending to both their spiritual and physical needs, and later she helped found a hospital, becoming its director.

Mary Stone’s work often extended beyond the call of a physician. In 1920, she and Jennie V. Hughs launched the Bethel Mission and established the Bethel Hospital. They trained many nurses, and they also equipped them with biblical knowledge so that they would be effective “tent-makers.” Mary was not only an able doctor and successful educator, she was also greatly used by God as an evangelist; she was one of the early noted preachers of the Word in China. She passed away in 1954 at the age of 82 in Pasadena, California.

2. Dora Yu is recognized as a forerunner of the revival movement in the twentieth-century Chinese church. Among her contributions:

In 1920, when Nee was 17 years old, he went to one of Dora Yu’s revival meetings. There, convicted of his need for God’s salvation, he accepted the Lord and surrendered himself. Years later, God used Nee to launch the movement that brought his spiritual visions to every continent of the world.

Dora Yu was born in the same year as Mary Stone, 1873. Her father was an army doctor and a Christian, who later he became a preacher with a Presbyterian denomination. Dora was born while her family lived in the denomination’s compound, and from childhood she felt very close to the Lord. She had a disciplined prayer life. At age 15, she was sent to study medicine in a distant city. After graduation, at age 24, she went as a missionary to Korea and was involved in medicine as well as women’s and children’s ministries. All her life she diligently pursued a deeper life in Christ.

In the early 1900s, revival broke throughout Korea; Dora felt called of the Holy Spirit to return to China because God was going to do mighty things there. On her return, the prayer movement was spreading like wildfire, and she experienced the anointing and filling of the Holy Spirit. Dora became a dynamic preacher at many revival meetings. She learned to step out in faith and witnessed the manifestation of God’s mighty acts in changing people’s lives.

(Both books are in Chinese.)

PrevPreviousChristmas and the Kingdom
NextLurching Toward the Goal: Mars and Venus ought to revolve around the same SonNext