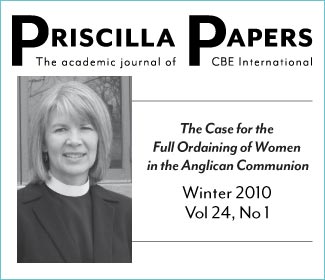 When I was a child, my mother taught me the chant with the accompanying finger play, “Here’s the church and here’s the steeple, open the doors and see all the people.” Deeply embedded in this rhyme is a cultural image of the church: a special building with lots of people sitting in rows looking toward the ordained minister out in front. Most of us bring this understanding to the text of Scripture. When we find Luke or Paul writing about “the church,” we imagine he is speaking of a gathering of fifty to several hundred people meeting in a specially constructed building, taking part in a liturgical service led by one or two people out in front, with one ordained and paid pastor/minister/priest who does most of the preaching and teaching and, in most denominations, usually presides at Holy Communion.

Nothing could be further from the first-century experience of church. It is agreed by virtually all New Testament scholars today that, for at least two hundred years, most Christians met in private homes.1 The local church, the congregation to which the early Christians belonged, was a gathering in a home. These house churches were physically limiting on numbers. Even the largest homes excavated could accommodate no more than fifty people, and most large homes far fewer—often no more than twenty people. This home setting determined the character or form of these gatherings. It encouraged informality and wide participation (1 Cor. 14:26). It was simply not possible for someone to be “out in front” leading everything and doing most of the verbal work. Then we need to recall that house church gatherings usually involved eating together. In this context, when the bread was broken and the wine poured out, those present were reminded of the death of Christ (Acts 2:46; 1 Cor. 10:14–22, 11:17–32). Setting out the food, eating it, and talking together as the meal progressed must have made “church” something like a dinner party.

Because the house setting of church gatherings was taken as axiomatic by the writers of the New Testament, much is not explained. Luke, as the historian of the early church, is most informative. Both in Jerusalem and in the Gentile world, he records Christians meeting in homes (cf. 1:13, 2:2, 2:46, 5:42, 8:32, etc). He implies that Christians with larger homes, an indicator of their superior social standing, made their homes available for a gathering to meet. Luke, in his account of Paul’s ministry, indicates that his mission strategy in the Gentile world was to go first to the synagogue and there to argue that Jesus is the long-awaited Jewish Messiah. When he was driven out, he would then begin meeting in the home of one of the new converts with those who had accepted his gospel.2 An example of this is clearly outlined by Luke in Acts 17:1–9. After Paul had to leave the synagogue in Thessalonica, he met with his converts in the home of Jason. This man would have been a person of some note who naturally would have assumed oversight of that little church.

Most house church leaders mentioned are men, as we would expect in that society, but they were not all men.4 In at least one case, we have a married couple, Prisca and Aquila. In the several references to this couple made by Luke and Paul, Prisca is usually named first, indicating that she had some precedence in the relationship.5 Paul stayed with them when he first went to Corinth (Acts 18:15ff), and it seems likely the first converts of that city would have met in their home. Later, in Ephesus, they hosted a church (1 Cor. 16:19), and, still later, in Rome (Rom. 16:5).

Then there were women house church leaders. These women would have been like their male counterparts: persons of some social standing and wealth with large homes. Probably in all cases, these women were widows who were heads of households made up of children, slaves, and freed slaves. Phoebe from Cenchreae, the eastern port city of Corinth, was certainly such a woman. As she traveled to Rome, Paul entrusted to her his epistle to the Roman Christians. In introducing her to its readers, he commends her, saying she is a “deacon of the church” who has been a “prostasis of many and of myself” (Rom. 16:1–2). The force of both these Greek terms used of a woman at this time has been much debated. In this early period, the word diakonos is characteristically used of Christian leaders involved in preaching Christ (Rom. 15:8; 1 Cor. 3:5, 9; 2 Cor. 6:1, 4; 1 Thess. 3:2, etc), so we cannot simply assume hers was a subordinate ministry. The second designation, prostasis, is likewise contested. Literally, it speaks of “one who stands before.” In this context, it is most likely that it means “patron.” Paul is depicting Phoebe as a woman of substance who is a leader of her church and the patron or protector of those who belong to it. He wants her to be welcomed in Rome as a highly respected and significant Christian leader.

In Acts, Mark’s mother provided a home for the early Christians to assemble (Acts 12:12), and we read of believers at Philippi meeting in the home of Lydia (16:14–15, 40), another woman unquestionably of some social and economic standing. She was “the head” of a household, so that, on believing, “she and her household” were baptized (16:15). Writing to the Colossians, Paul greets “Nympha and the church in her house” (Col. 4:15). Probably Chloe is also the host of a house church (1 Cor. 1:11), as were possibly some of the women Paul greets and commends in Romans 16. Female house church leaders, it is important to add, were the counterparts of male house church leaders. They had the same social standing, they were accorded the same respect at home, and their leadership was of the same kind. It is simply not possible in that society that, when the church met, these women were subordinated to the men present, most or all of whom would have been of lesser social standing and wealth than they were, and some of them their servants and slaves. Elsewhere, I have argued that, at first, these house church leaders were referred to as “those who have charge of you in the Lord” (1 Thess. 5:12, cf. 1 Cor. 16:15–16). Later, Paul began calling these house church hosts episkopoi: overseers/bishops (Phil.1:1, 1 Tim. 3:1).6 If this hypothesis stands, then among the first bishops were some women.7

The home in the ancient world

In the ancient world, a sharp distinction was made between the public sphere (polis), which was the domain of men, and the home (oikos), which was the domain of women. The male head of the family was the paterfamilias and his wife the materfamilias. The materfamilias was responsible for managing the home, educating the children, directing and disciplining slaves, paying the bills, etc. Philo, the first-century Alexandrian Jew, describes the situation:

Later, we find the Christian John Chrysostom expressing much the same idea:

Our life is customarily organized into two spheres; public and private. . . . To women is assigned the presidency of the household; to man, all the business of the state, the marketplace, the administration of justice, government, the military and all other enterprises. . . . [A woman] cannot express her opinion in the legislative assembly, but she can express it at home.9

Against this backdrop, Paul’s advice to young widows to marry and manage their households well (1 Tim. 5:14) is explicable. The Greek verb translated by the NRSV as “manage” is oikodespotein, a very strong word indicating that the wife did rule the home. Note carefully what has just been said: In this text, Paul explicitly speaks of the wife as the ruler or head of the home. In contrast, in his espistle to the Ephesians, Paul speaks of the husband as the “head of the wife,” not the head of the home, and then he redefines “headship” in terms of sacrificial agape love (Eph. 5:21–33).

Once we realize that this is how public and private life was understood and contrasted in Greco-Roman society, we can see that the contemporary dogmatic assertion that women did not have leadership positions in the early house churches is not convincing. Not only were some wealthy women “heads” of extended families, but also, in the home setting, married women had an authority denied to them in public life.

In the debate about women in recent years, those advocating their permanent subordination have frequently said that those arguing for equality as the biblical ideal are playing loose with the Bible, specifically by reading back into the Bible their modern cultural presuppositions about women. This brief excursus certainly makes us wonder if the reverse is actually the truth.

Keeping in mind this outline of the house church phenomenon in the first century, it follows that the question, “Did women in the apostolic church take the ‘role’ of the pastor today?” is an entirely wrongheaded question to ask of the New Testament. In the apostolic age, church gatherings were informal, participatory (1 Cor. 14:26), and, as a general rule, accepting of the contributions of men and women (1 Cor. 11:3).10 However, not only were all free to contribute verbally, but also all church leadership was plural. We have no example in the New Testament of one person leading a congregation as would a pastor/minister/priest do today.

The home church in the modern world

In the revival of house churches in the twentieth century—some as independent congregations, most as cells of larger churches—women and couples have played a very significant part in providing leadership. Nowhere is this truer than in the largest church in the world, the Full Gospel Church in Seoul, Korea, where Dr. Paul Yonggi Cho is the pastor.

In his biography, More than Numbers, he tells how it was “a slow and difficult” process to get house churches or cell groups established. At first he “tried to get all the leading men . . . to start meetings in their homes.”11 This, he says, was “not workable.” The men were too busy with their work, they got home late each day, they did not have the energy to do something extra, and they were skeptical that home groups would work.12 After much prayer and careful study of the Scriptures, he decided to appoint women as the leaders of the cell groups, and this led to a great revival in his church. It is his view that nothing is more important in church life than meeting in a small group to receive good teaching, pray together, and encourage one another. I quote verbatim how he came to appoint women as the pastors and teachers of his cell groups. When the men refused to lead the groups, he says,

God then showed me that we should use women as cell leaders. This was totally revolutionary to us, not only as conservative, Bible believing Christians, but as Koreans. In Korea, as in most of the Orient, leadership is man’s business. The traditional role for women was to marry, have children and keep a good and happy home. . . . [F]or women to be given positions of responsibility and authority in the church was more revolutionary than establishing the cell system itself.

The promise of the Holy Spirit giving the ability to prophesy was not a promise to just men but also the women. . . . I had also noticed that women were more loyal and faithful than men in the ministry of Jesus. . . . In all the years I have been teaching the cell system, I have found my female associates have been loyal and reliable. My advice to you then is, “Don’t be afraid of using women” in leadership.13