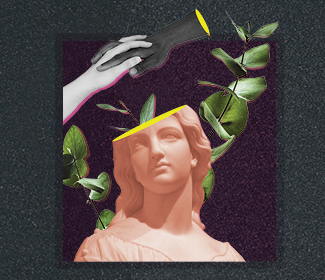 Galatians 3:28 and Confronting the Past

In the work CBE does to advocate for women’s equality in the church, home, and in society, we often appeal to Galatians 3:28: “There is neither Jew nor Gentile, neither slave nor free, nor is there male nor female, for you are all one in Christ Jesus.” In fact, this verse is referenced in the very first paragraph on the “Mission and Values” page of our website. We believe Galatians 3:28 envisions a community where the ways society divides and stratifies us, makes us unequal, are destroyed by Christ. This is why we believe that women can lead alongside men with full authority.

But if you’re like me, you may default to interpreting Galatians 3:28 as if it were dealing with three separate groups representing three separate societal divisions. Reading the verse this way, the vision Paul casts looks like three individual pillars, one representing discrimination based on ethnicity, one representing classism, and one representing sexism. This understanding may not be incorrect, but it misses some of the lived implications of this verse for women’s equality in the church. I believe it also reflects my position of privilege.

Because our embodied experiences matter, I will offer my own as an example. I am a woman, but I am also a white, upper middle-class American. I have experienced sexism in the church and in society, but I haven’t experienced obstacles because of my class nor my ethnicity/race. Because of my embodied experience, the main source of good news I identify with in this new vision is that the division between men and women has been broken. This is undoubtedly utterly good news. But as good as it is, because of my social location, I may run the risk of thinking that this good news is separate from the good news for the Gentile and the Jew, and the free and the enslaved.

But when we imagine the real people who heard Paul’s words, we can see that the three groups are not separate at all; they never were. Galatians 3:28 offers a vision of a community that models intersectional mutuality in Christ, where an enslaved Gentile woman and a free Jewish man were considered one and shared full authority in the community of believers. These pillars make up one unit, one structure, which offers an equal place in the people of God for women and men of all ethnicities, races, and classes who exist in between, in the particularity of their experience. This is what the mutuality CBE advocates for means.

Due to the reality of systemic racism in places like the United States, movements for women’s equality in the church, led by majority white people of European descent, can also run the risk of functioning as though Galatians 3:28 addresses three separate pillars. They may approach women’s equality in the church as though it can somehow be separated from or immune to the consequences of ethnic/racial division. This pitfall is the motivation for this issue of Mutuality magazine.

CBE believes “God calls women and men of all cultures, races, and classes to share authority equally” because of verses like Galatians 3:28. But this doesn’t mean we have acted this vision of mutuality out perfectly. CBE is majority white in its leadership. We are not immune to the pitfall mentioned above; it is important we face and name this fact. Because of this, we want to use this issue to begin to intentionally grapple with and lament the way the interlocking oppressions of racism and sexism have manifested in the movement for women’s biblical equality—in our own movement, in the broader church, and throughout Christian history.

The authors who contributed to this issue are women from different ethnic and racial backgrounds. All are committed to CBE’s mission to “eliminate the power imbalance between men and women resulting from theological patriarchy.” Each article grapples with racial and ethnic inequality in the Christian egalitarian movement in its own way. Each offers us a path toward living out CBE’s mission in its fullest, most complete expression. The knowledge, wisdom, and experiences of these authors are instructive, bringing us closer to modeling that intersectional mutuality in our own community.

This issue is not meant to be the end; it is not even the beginning. Instead, it is only one imperfect step toward living out full mutuality between women and men as envisioned by Galatians 3:28. We hope you will join us.

This article appears in “Learning Lament, Building Empathy, and Joining our Sisters at the Intersection of Race and Gender,” the Summer 2021 issue of Mutuality magazine. Read the full issue here.