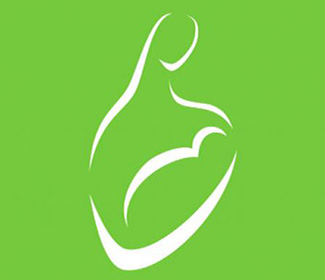 Does the Bible Paint God as a Woman?

“How many babies does she have in there?” I exclaimed as my seven-year-old daughter altered my drawing of a pregnant woman. Sarah giggled and proceeded to make my stick figure ten times the size of any mother of multiples.

It was breakfast and devotion time. Sarah popped Cheerios into her mouth while I wrote out Bible verses and drew pictures to illustrate them. These were no ordinary Bible verses. I was on a crusade to balance all the masculine images of God that Sarah was learning at church. A search of my concordance led to several passages where God is described as a woman. Isaiah 42:14 had prompted the pregnant lady pictures: The Lord says, “For a long time I have held my peace; I have kept still and restrained myself; now I will cry out like a woman in labor; I will gasp and pant.” I had drawn a picture of a breastfeeding stick figure to go along with Isaiah 49:14–5: “But Zion said, ‘The Lord has forsaken me, the Lord has forgotten me.’ Can a woman forget the baby at her breast and have no compassion on the child she has born? Though she may forget, I will not forget you!”

Where had these images of the Almighty been all my life? I was raised in a church where God was always “He,” and my mental images of the Lord included a King, a male shepherd, and, thanks to Michelangelo’s painting on the Sistine chapel ceiling, an old man with a white beard. Had my church neglected feminine descriptions of God because they didn’t fit the masculine paradigm?

Yet here were feminine images of God in Scripture. I had sketched a picture of a mother with a sad-faced child on her lap for Isaiah 66:13: “As a mother comforts her child, so I will comfort you….” In Matthew 23:37, Jesus mourns for Jerusalem and describes himself with a maternal image: “O Jerusalem, Jerusalem,… how often I have longed to gather your children together, as a hen gathers her chicks under her wings, but you were not willing.”

Jesus told a parable that describes God as a woman. It’s found in Luke 15. It may get lost between the parable of the lost sheep and the story of the lost (prodigal) son—two stories that are better known. Jesus uses all three stories to describe the kingdom of God, and readers have long identified the shepherd and the father with God.

Do we see God in the story of the woman? God is represented by the woman frantically searching for a lost coin. In Jesus’ day an entire day’s wage could be paid with one coin, the drachma. For the typical first century Israelite family, to lose an entire day’s pay could create significant hardship. But there may be another meaning to this coin. Jesus says that the woman has ten silver coins and loses one. In ancient Israel a married woman wore a silver chain as a headdress. Ten silver coins hung from the chain, and this piece of jewelry was the equivalent of her wedding ring. What does the woman do if she loses one of the coins?

“Does she not light a lamp, sweep the house and search carefully until she finds it?” Jesus asks. “And when she finds it, she calls her friends and neighbors together and says, ‘Rejoice with me; I have found my lost coin.’ In the same way, I tell you, there is rejoicing in the presence of the angels of God over one sinner who repents.”

My concordance also led me to Deuteronomy 32:18: “You deserted the Rock, who fathered you; you forgot the God who gave you birth.” There in one verse was confirmation that God is like a father and a mother. I had no intention of abandoning all masculine images for God. That would only land us at the other extreme.

During seminary when I was studying gender issues, I tried for a time to stop calling God “he” or “him.” I gave up out of laziness. It was too hard to speak English without pronouns, so I reverted to what I had heard all my life and read in Scripture. God is a he. Right?

Well, not exactly. Even conservative churches insist that while Jesus was male, neither God the Father nor God the Spirit is male.

Maleness implies a physical body, and, as Jesus says in John 4:24, “God is Spirit.” But the same churches teach that we should use only masculine pronouns for God because the Bible does. It’s acceptable to say God is like a mother, but not to refer to God as Mother with a capital M.

I understand that view, but I’m still not sure who’s right. There are those who maintain, “If it’s not in the Bible, we don’t say it.” Other Christians’ language for God is more flexible since feminine images are right there in Scripture. When we ponder whether to call God, “she,” should we forbid something the Bible does not expressly forbid?

When all we hear in reference to God is masculine language, it’s difficult to imagine God as anything but male. Does it matter what pictures of God we carry in our heads? God must think so, since we have so many images of God in Scripture—shepherd, rock, eagle, woman, king, lion, and many more. We need familiar pictures to help us comprehend divinity.

God led Moses, Isaiah, Matthew, and Luke to describe God as a woman. When we read verses with feminine imagery, we should start by thinking of, well, a woman. She’s screaming in childbirth. She’s rocking a baby and breastfeeding. She’s cuddling a child. Or she’s smiling and holding up a coin that was lost, watching it glint in the light of the lamp she lit.

If Michelangelo were suddenly standing here, I wonder if I could convince him to paint God as a woman. I’m sure he could improve on my stick figures. With a few colors on his brush, he could bring to life that happy Israelite woman with her coin. After all, the Bible paints God that way.