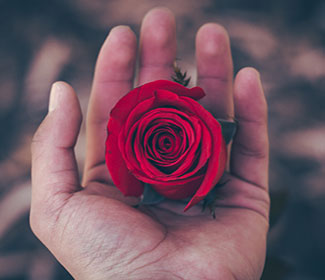 5 Purity Culture Myths and Why They Are False Promises

Editor’s note: This is one of our Top 20 CBE Writing Contest winners. Enjoy!

I was raised in Christian purity culture. I proudly wore my “True Love Waits” ring. I read Joshua Harris’s Christian cult classic, I Kissed Dating Goodbye. And today, I’m a psychologist and a vocal critic of purity culture. The evangelical purity movement—born in the 1990s and still alive today—uses false promises, misinformation, and shame to persuade people to abstain from sex.

When I was nearing thirty and in a committed relationship (with my now-husband), I questioned why I should wait. Purity culture had failed me: God hadn’t brought me a prince at an early age as I had been promised. I was beginning to realize that purity culture encourages Christians to wait to have sex out of fear and in anticipation of perfect future relationships. In short, for all of the wrong reasons.

While the goal of a biblical sexual ethic for Christians is a noble and necessary one, the core message of the purity movement is steeped in fear: we are to remain pure or else. Purity culture pushes myths about premarital sex and the guaranteed benefits of abstinence until marriage. Proponents promise Christians that if we withhold just a little longer, our fairytales will come true—complete with amazing wedding night sex and lifelong sexual and marital bliss.

As a psychologist, I’m trained to recognize the long-lasting effects of shame. Many of us, especially women, who grew up under the teachings of purity culture carry significant emotional and spiritual trauma today. I believe egalitarian Christians should take the lead in reforming the toxic theology that undergirds purity culture. We can start by debunking the damaging myths of purity culture. Here are five of the most prevalent purity culture myths and why they’re false promises.

The “spiritual barometer” myth says that what matters most about a person is his/her virginity. In other words, purity culture implies and sometimes even directly claims that a believer’s sexual history is the primary mark of their spiritual status (even determining whether they’re saved or not saved). Purity is used to measure faith, to judge how good of a Christian someone is compared to others. Rather than knowing Christians by their relationship with Jesus, purity culture asserts that we will know them by their virginity.

As women, our worth is often reduced to what we have or haven’t done in the bedroom. We wear white dresses on our wedding days as an outward symbol of internal morality and spiritual maturity. Signs of our spiritual health, such as serving our communities well, caring for the poor, and loving those around us, are treated as secondary to virginity.

Using purity as a measure of spiritual health breeds pride and judgment among believers. It effectively makes an idol out of not having sex and exchanges the wonderful message of grace for a works-based religion in which salvation is dependent only on following rules.

The 1990s were full of Christian books that promised happily-ever-afters to girls who remained pure, prayed for a Christian husband, and avoided “casual dating.” We believed that, as long as we waited to have sex, God would bless us with good Christian husbands who met every criterion on the lengthy “future spouse” checklist that our youth group leaders encouraged us to write.

Of all the purity culture myths, I was personally most affected by this one. I was sure that by waiting for my “Boaz” and refusing to date “bozos,” God would bring me “the one.” Instead, my first serious relationship in college unexpectedly ended. That breakup was followed by many years of singleness before I finally met my husband. The fairytale myth caused intense anguish and despair over those long years. It also inspired a lot of anger toward God, jealously toward married friends, and ugly pride.

The fairytale myth reduces God to a fairy godmother who grants our wishes as long as we do the right thing. It twists a relationship with God into a transaction: staying pure equals a dream spouse. Scripture is full of commandments that come with clauses: if you repent of your sins, God forgives you; if you accept Jesus as your Savior, God grants you eternal life. But what we don’t realize is that the majority of Scriptures are precepts, not promises. They aren’t guarantees. We aren’t guaranteed a fairytale marriage or even a spouse. It’s misleading to tell single Christians otherwise.

The flipped switch myth teaches Christians that if they remain pure before marriage, they’ll be able to flip a switch on their wedding night and have an instantaneously amazing sex life. As many disappointed, disillusioned Christian couples have discovered, this is often far from the truth. Without proper preparation, education, and communication, a fulfilling sex life is not the norm for many newly-married Christians.

Purity culture promises single adults that they will automatically have amazing sex if they wait for marriage—but it has no power to deliver on that myth. When couples find out that this isn’t necessarily the case, they feel disillusion, disappointment, and frustration.

The flipped switch myth also perpetuates shame. Some women and men are unable to “flip the switch” in their brain that takes sex from “off limits” to “go for it,” and their marriages suffer tremendously for it. Many who grew up in purity culture struggle with shame and sexual dysfunction even after they get married.

Staying pure before marriage doesn’t mean we’ll have satisfying sex lives. Likewise, a lousy sex life is certainly not an absolute because a couple was sexually active prior to marriage. We set Christians up for disappointment and failure when we offer false promises instead of emphasizing the mutual work, struggle, and patience needed for fulfilling intimacy.

If we buy into the ideas that 1) virginity determines salvation and/or spiritual maturity, 2) that we are owed a fairytale marriage, and 3) that we’ll enjoy an amazing sex life because we waited, then we will likely accept the damaged goods myth too. Myth #4 says that we‘re soiled and damaged goods if we do have premarital sex—especially women.

Purity culture uses all sorts of analogies, metaphors, and stories to illustrate this toxic myth. We’re likened to chipped teacups or soiled cloth napkins; we’re cups of water tainted with spit; we’re a shredded piece of heart-shaped paper (and the pieces represent the parts of our heart that we give away if we have sex).

The primary message of purity culture is clear: you won’t be whole, clean, and pure if you have premarital sex. You will have to present a tarnished and ruined self on your wedding day. You won’t have your whole heart to give away to your future spouse. You will be forced to present him/her with whatever’s left of you. You are damaged goods and you should be ashamed.

Not being a virgin doesn’t mean you’re “less than,” broken, or undeserving of love. It doesn’t make you unworthy of a loving, godly spouse; a strong, blessed marriage; or a healthy sex life. When we make mistakes, there’s forgiveness and grace. And if God can forgive our sins—even sexual ones—we can and must forgive our spouses and ourselves.

You cannot fully understand the purity movement without examining the context in which it was born: patriarchy. The messages of purity culture are rooted in patriarchal theology and traditional gender roles.

According to this warped theology, women are asexual and don’t want or enjoy sex as much as men. Sex is primarily to meet men’s sexual needs and urges, and women should perform their “wifely duties” cheerfully, willingly, and enthusiastically. Purity culture claims that all men have high sex drives, can’t help but sexualize women, and can’t control themselves or be held responsible for their sexual desires. Because women are apparently less sexual, they’re expected to gatekeep men’s sexuality. Because men can’t control themselves, women are responsible for men’s lust.

Imagine the shame felt by women and men who don’t conform to these rigid gender stereotypes! Purity culture causes them to believe there’s something wrong with them because they don’t fit these narrow molds.

Even worse is the guilt and shame leveled at vulnerable girls, especially girls who are victims of sexual assault. Some are made to feel that it’s their fault because they “tempted” men with their clothing or behavior. While these devastating messages are also sent in secular culture, I believe they do more damage in the church. In the church, a girl who is assaulted may be told that she’s “damaged goods” and that she somehow caused her own abuse.

Further, it’s appalling to me that the messages of purity culture are given primarily, if not exclusively, to young girls. Not young men. Purity balls, purity rings, and other symbols of the abstinence movement are almost exclusively marketed to females.

I had dozens of friends with “True Love Waits” rings through high school and college, but knew of not a single male friend who wore anything similar. While men have certainly suffered due to the purity movement too, it has especially targeted women and girls. The gender bias of purity culture messaging further emphasizes that sexual gatekeeping is the female role, and that women are responsible not only for managing their own boundaries and sexual temptations, but also those of men.

When we emphasize sexual purity for women only, we miss a chance to reach men with the Bible’s robust ethic for sexuality—an ethic that doesn’t hang on shame, fear, and false promises. In missing this truth, we risk crippling men in their later marriages. We rob men of the opportunity to learn crucial skills such as self-control and delayed gratification, skills they could carry into their marriages and which promote sexual fidelity and mutuality.

In preaching an ethic for sex that was built on patriarchy, we harm women. We heap undue responsibility and blame on women for men’s sexual sin. We promote shame in women and girls for sexual temptations and sexual sins. We engage in victim-blaming. We can perpetuate sexual dysfunction and unhappy marriages. And, we often shame and silence both men and women if they don’t conform to our gendered sexual stereotypes.

I don’t believe the goal of purity culture is wrong. I believe the virtue of chastity still holds purpose in our church and our culture. But we set ourselves up for shame, disappointment, and disillusionment when we accept the myths, gender stereotypes, and false promises of purity culture. Instead, let’s challenge the misogyny and legalism that bolsters all toxic theology and instead seek out a rich, healthy, and biblical ethic for sex.

Tweet
PrevPreviousMy Pastor Was A Woman and It Meant Everything to Me
NextJacob, Esau, and What It Means to Be a “Good Man”Next