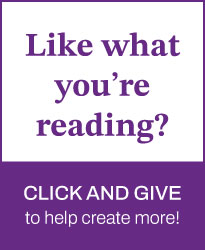 Women in Scripture and Mission: Junia the Apostle

“Greet Andronicus and Junia, my fellow Jews who have been in prison with me. They are outstanding among the apostles, and they were in Christ before I was” (Rom. 16:7 NIV).

Paul’s reference to Junia as an apostle often stops many protestant Christians in their tracks for three reasons: they have never heard of Junia, they did not think women could be apostles, or they thought there were only twelve apostles.

Prior to the Middle Ages the church understood Junia to be a woman. Early church fathers regularly commented on Junia’s greatness as a woman. John Chrysostom provides such an example:

Many other church fathers also commented on Junia as a woman, most notable of whom were Origen of Alexander (185), Jerome (340–419), and Peter Abelard (1079–1142).2 This is especially significant because these patriarchs had a low view of women.  But Junia was such a common woman’s name, the church fathers did not doubt Junia’s sex. In fact scholars have found over 250 Roman inscriptions with the female name Junia from the early church era, without finding any early evidence of the male name Junias.3

Though the early church understood that Junia was a woman, since the Middle Ages there has been a growing trend to translate her name “Junias”—a man’s name. This was exacerbated in the twentieth century, so that between the 1940s and early 1970s nearly all English translations cite “Junias” rather than Junia.4

The first translations with the male “Junias” name appeared during the Middle Ages. By that time the center of education had shifted to the university setting, where women were prohibited from learning. In this male-only environment Aquinas solidified a popular theology that viewed women as inferior to men, arguing that men were created in God’s image, but women were only a reflection of men. Such a theology made it impossible to believe that women were apostles, which Martin Luther solidified by translating Junia into the male name, Junias. His translation came to be the basis of later translations, and by the early 1900s most translations had made this shift.5 Not until the late twentieth century did Bible translations begin to correct this error, so that today only two English Bible translations still maintain that Junia was a man.6 These translations help explain why we have trouble believing that Junia, a woman, was an apostle. Many of us grew up or were taught by people whose Bibles noted Junias—as a man. Simply put, we have never heard of Junia because Bible translators did not believe that women could be apostles, so they changed the Bible.7

Now that Junia’s name is correct in nearly all modern translations, a very small number of complementarian Bible translations still refuse to acknowledge that Junia could be an apostle.  Rather than translating that Junia and Andronicus were “outstanding among the apostles,” they translate Romans 16:7 to say they were “well known by the apostles” or “well known to the apostles.” However, as already demonstrated above, even the early church fathers understood that Junia was an apostle, and a great one at that. Many complementarians now critique their own translations, understanding that their translations purposefully obscured a clear passage.8 For a deeper discussion of this translation issue, see, “Junia, a Female Apostle: An Examination of the Historical Record.”

Were There More Than Twelve Apostles?

Our final question relates to the number of apostles. Most Christians think that Jesus restricted apostleship to the twelve men he appointed. However, Paul refers to many apostles who are clearly outside of the traditional Twelve. In 1 Corinthians 15:5–11, Paul speaks about the apostles, noting the Twelve, but then goes on to include himself as an apostle. In Acts 1:26 Matthais is added to the apostles. In Acts 14:14 Barnabas is called an apostle. In Romans 16:7 Paul mentions Andronicus and Junia as apostles. In 2 Corinthians 8:23 he names Titus and his unnamed companion apostles. In Galatians 1:19 he names the brother of Jesus (also named James) an apostle. And in Philippians he calls Epaphroditus an apostle.

Clearly, by limiting the apostles to the original Twelve—who represent the twelve tribes of Israel—we fail to include all individuals named an apostle in Scripture.

So What Makes a Person an Apostle?

Am I not an apostle? Have I not seen Jesus our Lord? Are you not the result of my work in the Lord? Even though I may not be an apostle to others, surely I am to you! For you are the seal of my apostleship in the Lord.

So the first apostles were the Twelve sent by Jesus, which then expanded to those who had a firsthand witness to Christ’s life and became missionaries of the gospel of Jesus Christ.

How Was Junia Prominent Among the Apostles?

We don’t know the circumstances of Junia’s life. But the pieces of information we do know have led many to conclude that she may have been among the Jews who saw Jesus after his resurrection. In keeping with the definition of being sent out with the testimony of Jesus as a missionary, Origen and most of the church fathers believe that she was among the seventy-two sent out by Jesus.9 We do know from both Scripture and early church documents that these early witnesses, both women and men, suffered great persecution and even imprisonment, causing them to disperse out of Jerusalem. Acts records:

A great persecution broke out against the church in Jerusalem, and all except the apostles were scattered throughout Judea and Samaria. . . . Saul began to destroy the church. Going from house to house, he dragged off both men and women and put them in prison. (Acts 8:1–3).

Kevin Zabihi notes that at the time of Jesus’s death political leaders would not have considered women a threat. This explains the men hiding during Jesus’s crucifixion, while the women witnessed both his death and resurrection. However, as women empowered by Jesus began to teach, preach, and spread the gospel, religious leaders began targeting them for the same persecution and imprisonment as men.

And prison for women was precarious! In prison with the men, they suffered great abuse, sexual and otherwise.10 As we would expect, firsthand witnesses to Jesus who had sacrificed their freedom and personal safety for the sake of the gospel would have been held in high esteem by the early church. Of these apostles, Junia and Andronicus suffered imprisonment due to their testimony of Jesus and were outstanding among the apostles.

Junia: A Female Apostle: An Examination of the Historical Record by Dennis Preato

Junia: Outstanding Among the Apostles by Allison Quient

A Female Apostle: Was Junia a Man or a Woman? by Dennis Preato

Learn more about how culture helps explain what was happening in the early church at: