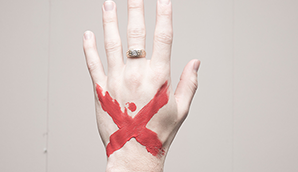 Why Men Who Oppose Trafficking Must Fight Patriarchy

For the last five years, it seems that sex trafficking has become the social justice issue—the cause that everyone can get behind. Diverse groups of people who agree on nothing else are united in their conviction that sexual slavery is evil. Still, many groups diverge over which method best eradicates it.

Many focus on cutting off the “supply” (i.e. how to help women and children be less vulnerable), but few focus on the “demand” (i.e. male buyers, prevention, rape culture, normalization of sexual violence). This is where things get a little too personal and a little too political for most.

In other words, we’re looking at a church that claims to be outraged by sex trafficking while contributing significantly to the demand that sustains it.

Sex trafficking is a tale as old as time. It is even depicted in the Bible, under a different name. Female victims of male exploitation were blamed and dismissed as sinful harlots, while the men that bought and sold them as chattel were never questioned or held accountable.

Prostitution/trafficking was born from male entitlement, itself a product of the world’s oldest oppression: patriarchy (Gen. 3:16).

Now that the world is more aware of the problem of sex trafficking, the church has become very vocal about its desire to “rescue” victims.

Though well-intentioned, rescue does very little to help victims in the long run. If every single victim of trafficking were “rescued” today, trafficking would persist because of the demand for millions more bodies tomorrow.

Not only does the demand remain, but so do the reasons women are trafficked in the first place. Rescuing victims, on its own, neither eliminates the demand nor does it challenge an exploitative, male-centric culture. The conditions (both individually and structurally) that fuel sex trafficking have not changed.

While rescue makes the rescuer feel good and powerful, it leaves the victim still vulnerable. After she (or he) is rescued, then what? She can’t go back to the home where she was originally abused. She has no place to live. She doesn’t have a job. And if she has a criminal background, finding either is extremely difficult. She may not have an education or marketable skills.

This happens all the time, although it’s a side anti-trafficking organizations rarely talk about. It’s not exactly the fairytale ending many prefer—easy and emotionally-satisfying. A rescue narrative is often more appealing because it takes significantly less investment than the difficult struggle of liberation from the oppressive systems that create and sustain the slave trade.

Rescue on its own is often a paternalistic Band-Aid—the more powerful person takes control and becomes the hero in the story. The victims are reduced to pitied, disempowered sleeping beauties that need a prince (often male and white) to save them. Disney has mastered the art of the “damsel in distress,” but patriarchs/complementarians often thrive on similar “savior” narratives.

In a “savior” narrative, rescuing men who raid brothels, bust down doors, beat the “bad guys,” or slay the dragon are central. Rescuing a trafficking victim (or a princess locked in a tower) is less about the victim and more about men showcasing their manhood and warrior prowess. Conversely, women are portrayed as weak, helpless, and in desperate need of men to save and protect them.

Consider also the gender roles assumed in Wild at Heart, one of the most well-read books on “Christian masculinity.” The “savior narrative” runs much deeper than the church’s approach to sex trafficking. It’s about maintaining the classic gender doctrine of male authority and female submission. It’s no wonder some complementarian churches refer to women and girls as “God’s little princesses.”

The best part of the bargain for patriarchs and rescuers is that they can do their “good deed” and leave without requiring any structural change or critical analysis of how that woman got there and how men (sometimes the same men rescuing them) contributed to her oppression. Rescuing keeps the heat off all men and distracts people from asking who is doing the victimizing and why.

In patriarchy, there are no “good guys” or “bad guys.” All guys need to be held accountable for their words, their actions, and especially their inaction. Even men who renounce sexism can unknowingly perpetuate it by upholding patriarchy. A few examples: patriarchy is upheld when a pastor’s gendered joke about women’s ministry goes unchallenged. Or when men don’t use the platforms given them to empower less-heard women speakers. Or when abusive leaders are welcomed back into church leadership without protest. In other words, if a man claims to renounce sexism, I believe he should also challenge the everyday injustices women experience in the church. He should act on his words.

Further, women don’t want to live in a world where some men “rescue” or “protect” us from other men’s violence. That’s not good enough. We want the violence to stop. Plain and simple.

And if we’re serious about stopping men’s violence against women, we need to stop pulling up weeds (only focusing on rescue efforts) and attack the root of that violence (patriarchy).

Victim/survivors, and all women, deserve more than short-lived, feel-good acts of chivalry or performative rescue missions. We need men to radically step out of their comfort zone and use their existing relationships and platforms to promote resistance and build long-term solutions.

I need more than grand acts of glory. I need to see men uphold the dignity of women in smaller moments that matter:

Meaningful male resistance must be centered in personal responsibility and social accountability. I want to see men taking deliberate action against patriarchy—not for glory, praise, or “social justice cookies,” but because patriarchy is evil; justice is right; and women deserve better.

PrevPreviousSubordinationism and Headship
NextBook Review: Gender Roles and the People of GodNext