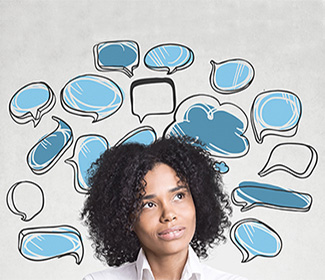 You’re at a holiday event and you mention that you’ve been asked to guest preach at your church. Your grandpa or your aunt or cousin brings up 1 Corinthians 14. In your college theology class, you mention that your pastor is a woman and a male student cites this troubling verse. You mentioned your egalitarian beliefs at Tuesday night Bible study and several of the members invite you to explain or defend your position. What do you say? How do you explain your egalitarian interpretation of this complex passage?

The book of 1 Corinthians is all about how to be in a mature community of people who have the Spirit of God. Paul begins with a famous verse: “God chose the foolish things of the world to shame the wise” (1 Cor. 1:27). People do not have special standing in the church because of social hierarchy. We all have spiritual gifts and free consciences. But neither gifts nor freedom should be used for their own sake. The goal of mature freedom is to edify others. Knowledge puffs up, while love builds up (1 Cor. 8:1).

In 1 Corinthians 14, Paul tells someone to be silent—sigato—three times:1

The command to women is not an afterthought or a rabbit trail. It’s part of an argument that is summed up, “be eager to prophesy, and do not forbid speaking in tongues, but everything should be done decently and in order” (14:39). We should draw parallels between all three of these commands, expecting them to support the overarching message.

Interestingly—and unlike the first two commands—Paul doesn’t give a reason for women to be silent except that it is “not permitted.” This is odd. He’s defending order for mutual good. He wants people to take turns, interpret each other, and keep unedifying things to themselves.

Clearly, this is so that all gifts are used and nothing is wasted. Women were also praying and prophesying in chapter 11, so it would make no sense for this to be a universal command—especially since there is so much in this letter about using gifts in public worship. So what are we missing? One of three things must be true:

Corinth was a center of worship for the god Bacchus.4 As part of worship, Corinthians would lose all self-control in ecstatic, drunken frenzies. They also spoke nonsense “tongues.” The church at Corinth was getting drunk at communion, and going a little wild with tongues and prophecies.

So, when Paul says, “the spirit is subject to the prophet,” he’s reminding the Corinthians that they can wait their turn to prophesy and speak. The Roman writer Livy claims that most of the Bacchus worshippers were women. In religious practice in that area of the world, then and now, women contribute “ululations”—ritualistic wailing—to certain rites. This happens at funerals in the Bible. It also happened in triumphant or ecstatic worship, and certainly in the Bacchus cult. Bacchus worship seems to have been influencing the Corinthian church. So it makes sense that women would bring these ululations in, which would certainly be disruptive and not edifying.

In verse 34, most translations say women ought to be “in submission,” “subject,” or “under obedience.” The same verb is also used in verse 32, where the spirits “are subject” to the prophets, so that everyone can take turns speaking.

Like English, Greek has active and passive voices. There is also a third voice, the “middle,” which looks like the passive. The middle usually means that the subject is acting on herself. In verse 32, it’s easy to see the passive voice, because there’s an indirect object (the prophets) to which to be subject. However, “the women” are “in submission” to nothing. There is no corresponding object anywhere in the text. So here the middle voice makes the most sense, which would mean that the women are to “submit to themselves,” or control themselves.5 The Old Testament contains no command for women to submit to their husbands (1 Cor. 14:34).

“If they desire to know something, they should ask their husbands”

However, there was no formal religious instruction for women among either Jews or Greeks. Since Paul wanted women to grow and eventually participate in teaching, he told them to learn from their husbands. This means he also told husbands to teach their wives what they knew.

This sounds very patronizing today, but it would have been liberating to the original hearers.6 It meant women could receive the education they’d been denied. But this directive for women to learn is about much more than a probing question over lunch about something that happened in worship. The verb in Greek has an intensifier. Lexicons suggest “question,” or “interrogate,” or even “accost with an inquiry!” So women are instructed—even empowered— to take the initiative for a full religious education.

“It is shameful for a woman to speak in the meeting”

Women, especially upper-class women, were stuck at home most of the time. They wouldn’t be used to sitting down and receiving instruction. They might even be eager to chat or gossip, particularly since the house would be a woman-dominated space where they felt “in charge.”7

Additionally, only a small group could fit in someone’s house for worship. It wasn’t a church service like we know today.8 Rather, it would have been a disordered mess where everyone was talking. If people were speaking in tongues without interpreters and prophesying over each other, it makes sense that women were chatting. This would be an unedifying interruption. And on the other hand, they might have been making pagan ululations, which would also be inappropriate.9

To sum up, what should you say?

So if Aunt Cassie or Grandpa Jake asks you about this complicated verse at the next family gathering, you might highlight these four points in response:

PrevPreviousThe Nashville Statement: A Critical Review
NextAm I Dust or Am I Daughter? A Woman Pastor’s Journey Toward Worth and IdentityNext