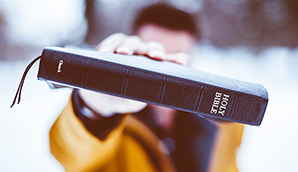 Understanding the Link Between Theology and Abuse: A Defense of Ruth Tucker’s Black and White Bible, Black and Blue Wife

If you haven’t yet read Ruth Tucker’s book, Black and White Bible, Black and Blue Wife, you should. Full disclosure: I have been reading her work for a few decades. It challenged me to reconsider what it meant to be created in God’s image as a female.

While I do not agree with all that Tucker writes in her newest book, her methodology and her argument are important to consider. Further, her personal story is invaluable in informing Christians about abuse dynamics. Tucker raises uncomfortable questions for Christians, and painfully shifts the burden of abuse from the shoulders of victims onto the church.

For example, some reviewers of Tucker’s book criticize her for not reporting her husband to the authorities for the sexual assault of a minor who was staying in their home. But these reviewers fail to understand the complex nature of an abusive relationship and its capacity to silence. Tucker candidly explains the reasons she didn’t turn her husband in to the authorities. She was motivated both by fear of humiliation and the practical question of how she would support herself and her son if her husband was arrested.

A knowledgeable and supportive church community could have significantly helped Tucker with both her practical and emotional needs. But churches won’t be equipped to meet the needs of abuse victims until they commit to understanding the unique challenges survivors face.

Reviewers such as Tim Challies, Mary Kassian, and Melissa Kruger also accuse Tucker of failing to argue her thesis sufficiently. They criticize Tucker’s belief that complementarian beliefs were a main factor in her husband’s abuse. They also suggest that she does not properly engage relevant Scriptures and doesn’t provide any real data besides her own experience and feelings. This sounds fair enough, except it is not.

One gets the impression from these reviews that Tucker is some over-emotional stereotype of an abused woman with little to no critical thinking or research abilities. I wonder how they read this book and did not notice the many examples from others’ experiences that she includes, or her reasoning for her narrative method, or her explanation for why she chooses not to engage particular Scriptures yet again after decades of doing so.

In my opinion, Tucker presents her concerns based on her and others’ experiences as well as her prior scholarship and expertise. Her primary goal is to help readers think about their theological views and the practical effects of their beliefs on behavior. She is advocating for a fruitful conversation, one that does not rely solely on scriptural proof texts. She also clearly explains her narrative methodology as well as her reasons for it in the first chapter.

But let’s look briefly at one reviewer’s comments. Mary Kassian’s assumptions concerning the nature of abuse cause problems when she tackles Tucker’s argument. For example, Kassian asks, “Was it truly the doctrine of male headship that caused Ruth to be abused? Or was something else to blame?”

Both questions assume that there is only one cause of abuse. In addition, Kassian interprets Tucker’s argument as one that assigns blame. First, there is no point in assigning blame. Doing so is counterproductive. Researcher Brené Brown describes blame as “[having] an inverse relationship with accountability.” Plus, we need look no further than the abuser if we seek the one responsible for the abuse. Tucker’s husband is the one who made the choice to abuse. Therefore, he should be held accountable.

However, abuse is a complex relational, spiritual, and cultural problem. As such, there is no one cause. There are multiple contributing factors. In light of this, we need to learn to ask better questions. For example, a few more fruitful questions to ask would be: Does the doctrine of male headship contribute to potential abuse? And if so, in what ways?

One parallel problem in all three reviews is their ignorance of abuse. In Kassian’s case, it causes her to pursue a fruitless analysis of Tucker’s husband’s behavior. She states, “the premise of this [Tucker’s] book is that male headship promotes abuse, so [her husband’s] abusive behavior is what I’m going to focus on.” She then quotes two instances from Tucker’s book that illustrate the husband’s abuse and his scriptural justification of his abuse.

The problem with Kassian’s method of analyzing the abusive behavior is that it will not reveal how male headship promotes abuse. It will simply show how some men—in this case, a physically abusive sexual offender—behave abusively. And while this understanding of abusive behavior is fundamental to preventing abuse and protecting victims/survivors, it will not provide insight into the factors that contribute to an abuser’s behavior.

So what method would be helpful to determine how complementarianism potentially influences abusers and their behaviors? We need to juxtapose complementarian views with the confluence of beliefs and attitudes common among abusers. This is the connecting point.