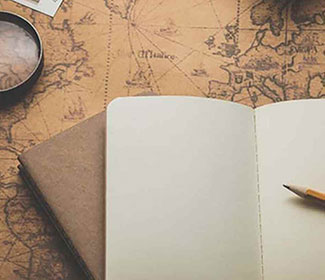 In his New York Times Best Seller, Blink: The Power of Thinking without Thinking, Malcolm Gladwell notes the damage that results when experts do not trust their first (and often accurate) impressions. Ignoring their informed instincts is how curators at the Getty Museum purchased a statue many now believe is a fake! If they’d followed their instincts, they could’ve avoided a costly error.

In Christianity, many of us intuitively recognize a disturbing connection between the treatment of women and some difficult verses and words in the Bible. While some Christians rationalize sexism and patriarchy by appealing to the “plain reading” of Scripture, others instinctively question whether what they see on the pages of Scripture is a faithful and consistent translation of the original text. At stake is something much more costly than a statue; we risk living our lives based on distortions of Scripture, which, in turn, justify a Christianity centered not on Christ but on male rule. Thankfully we have examples of leaders whose informed instincts challenged bias in Bible translation.

Consider Katharine Bushnell (1856–1946), a medical missionary turned Bible scholar. Her first “blink” came while working as a doctor in China. Bushnell noticed that Chinese Bibles omitted the story of the woman caught in adultery (John 7:53–8:11). Digging deeper, she later discovered that Paul’s female coworkers in Philippians 4:2–3, Euodia and Syntyche, were changed into male coworkers in those Bibles! This reinforced prejudice against women leaders.1 Working with trafficked girls for over twenty years, she believed that flawed Bible translations that devalued girls and women did little to challenge perpetrators who rationalize their abuse.

Bushnell was rightly convinced that mistranslations and misinterpretations of the Bible gave men what belonged to God alone—authority over women. She recognized that this would never change until translation errors were corrected. Then all could see what the Bible truly teaches: women and men are equally responsible for sin, equally redeemed by Christ, and given equal authority to serve Christ.

Determined to correct the misrepresentation of females by distorted Bible translations, Bushnell wrote God’s Word to Women, an exhaustive analysis of gender in Scripture. No longer would men alone have the right to convey the meaning of God’s Word. What follows are examples of translation distortions Bushnell identified, first in Genesis, then the New Testament, and finally in her critique of textual and interpretive issues as it obscures the clear teachings of Scripture. Each is explored in depth in Bushnell’s book, God’s Word to Women and analyzed in Kristin Kobes Du Mez’s A New Gospel for Women: Katharine Bushnell and the Challenge of Christian Feminism.

Bushnell was horrified that translators demeaned the creation of Eve from Adam by using the word “rib,” when the same Hebrew word is most often translated as “side.” “Rib” fails to represent how Eve was created as one whole being from another whole being—Adam. The more accurate and dignified word choice should be “side” not “rib.”

Likewise, Bushnell challenged rendering the Hebrew word teshuqah as “lust” rather than “desire” in Genesis 3:16: “Your lust will be for your husband and he will rule over you” (emphasis mine). This choice insinuates that women’s nature is corrupt.

The Greek word kosmios is translated as “well-ordered” when referring to men, but “modest” or “pure” when it concerned females. First Timothy 2:9 reads, in the NIV “I also want the women to dress modestly…”

Likewise, hagnos is translated as “holy” when used of men but “pure” when used of females. The NIV translates Titus 2:4–5 as: “. . . urge the younger women to love their husbands and children, to be self-controlled and pure, to be busy at home, to be kind, and to be subject to their husbands, so that no one will malign the word of God.”

Further distortions include the mishandling of exousia when referring to women. The word is most often interpreted as “power,” “authority,” “right,” “liberty,” “jurisdiction,” and “strength.” But when used of women in 1 Corinthians 11:10, it is translated as “veil,” which serves to give men authority over women. When translated correctly, Paul teaches women have authority on their own heads, thus reversing male rule, which is a consequence of sin.

Bushnell identified several other concerns that, while not translation issues, contribute to a distorted understanding of the biblical text concerning females.

Bushnell noticed in her Chinese Bible that the account of the woman caught in adultery (John 7:53–8:11) was missing. And it was not only the Chinese Bible; several ancient manuscripts omit this story as well. Why? Because, according to early church leaders, it held men to the same sexual standards as women! Cyprian, a third-century bishop of Carthage, said that bishops in North Africa “thought that reconciliation ought not to be given to adulterers and allowed to conjugal infidelity no place at all for repentance.” 2 The following century, Augustine said,

Enemies of the true faith, fearing, I suppose, lest their wives should be given impunity in sinning, removed from their manuscripts the Lord’s act of forgiveness toward the adulteress, as if He who had said “sin no more” had granted permission to sin.3

Perceptively, Bushnell observed that though Paul speaks of husband as head of his wife in Ephesians 5:23, the passage directs husbands to imitate Christ’s headship. That is, by giving up his life for her. Only as a husband imitates Christ’s character and conduct are they the head of their wives and included in the body of Christ. The passage advances the mutual submission of all Christians, not the rights of husbands.

First Corinthians 14:34–35 teaches that women should not speak in the church, but should be subordinate as the law teaches. Bushnell is perhaps the first to note that Paul is actually speaking against this “law.” She points out that there is no Old Testament law forbidding women to speak! Women, from Genesis onward, were far from silent. The health of God’s people depended on it! Thus, she concluded (as later scholars have agreed) that Paul is quoting the teachings of “Judaizers” who were trying to force extra-biblical cultural traditions on the church.

In assessing 1 Timothy 2:11–15, Bushnell considered all of Paul’s writings and ministry, observing that Paul allowed women to lead so long as their leadership was not domineering and provided they taught a true gospel (1 Tim. 2:11–12). She insisted that we not judge women according to the Eve’s sin while we value men through Christ’s atonement for their sins. “[We] cannot, for women, put the ‘new wine’ of the Gospel into the old wine-skins of ‘condemnation.’” 4

While translations and interpreters had misrepresented women as morally weak and promiscuous, women’s emancipation was, for Bushnell, central to the gospel. And their strength, taught on the pages of Scripture, was needed in giving the gospel not only credibility but also social teeth to dismantle abuse.

Though egalitarians today are often framed as secular feminists, this is far from the truth. We proudly stand with Katharine Bushnell and other first-wave feminists who exposed patriarchy’s shallow appeal to “the plain reading” of Scripture. The problem, they realized, was neither the gospel nor the original text, but translator bias!

What began as solidarity with women enslaved in the global sex trade ended with Bushnell condemning flawed Bible translations. Throughout, she demonstrated that a high view of Calvary, to which all of Scripture points, redeems and sanctifies men and women equally. It is at the foot of the cross that both sexes acquire newness of life—a Christ-given identity—with a Christ-centered purpose: to share spiritual authority in Christ’s new creation community as Adam and Eve did in Eden. Woman’s emancipator, like man’s, is and always will be Christ. For this reason, we press for more accurate translations of Scripture that make clearer, rather than obscure, the power of Calvary in men and women alike.