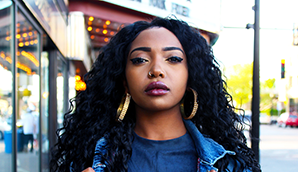 Support Survivors and Defy Patriarchy in 2018

At the beginning of 2017, I wrote a blog calling women to speak out and use our voices like never before. And did we ever!

2017 began with the largest single-day protest in US history: The Women’s March. As the year progressed, women of all political, religious, racial, and socio-economic backgrounds broke their silence about their experiences with sexual assault and harassment. And because of their courage, many powerful and influential men who were once untouchable are now being held accountable. The year culminated with TIME magazine deeming “The Silence Breakers” their “Person(s) of the Year” and Webster Dictionary announcing “feminism” as their top-searched term and 2017 “Word of the Year.”

Women persisted in 2017. Women resisted. Women were loud. Women were bold. Women were brave. Women put everything on the line—status, careers, relationships, and safety—to fight for their rights and the rights of their sisters. And against all odds, women prevailed.

And yet, for many of these brave women, each new story of sexual harassment, abuse, and assault was triggering.

Every show of support or defense of perpetrators in 2017 was an insult to women. The denial of women’s stories—in public and private—was one more crime piled on top of the abuse, harassment, and violence we’d already endured. And when sexist/abusive men got away with hurting women and either retained or gained power, it was another jab at an already raw and open wound.

Despite the pain and pushback, women pressed on to tell the truth.

Society has now reached a point of no return. The visibility of men’s patriarchal power and violence was in our faces (almost daily) this year in the news. After the initial “shock,” many recognized that men they admire and respect are just as capable of abusing their power as men they don’t.

Thanks in large part to the women’s rights movement, public awareness of these realities has increased in the last forty years. In the age of the internet, anyone can access the ingenious analysis of feminist writers and theologians and read survivors’ personal accounts.

And now that we have arrived at this reckoning, we have an opportunity to think critically about what we can do differently in 2018. In that vein, I have two questions as we begin this new year.

We should not ask women to share and relive agonizing and humiliating experiences over and over—so that we might be convinced of their truthfulness and jarred awake from our social apathy. We have heard the stories now; we can no longer plead ignorance. “We didn’t know” is no longer a defense for systemic, institutional, and personal inaction against sexism and abuse.

We can’t ask survivors to reopen their wounds in the public sphere again and again—to bleed out their most painful, vulnerable, and traumatic experiences—whenever we need to be stirred to action. It is our job as allies to remember and to help carry the burden. It is not a survivor’s job to re-engage us.

Often, instead of holding survivors close and supporting them, we distance ourselves and/or minimize or deny their experiences. We often tell survivors to “move on” or “forgive and forget” simply because we can’t take the discomfort. Judith Herman writes:

It is very tempting to take the side of the perpetrator. All the perpetrator asks is that the bystander do nothing. He appeals to the universal desire to see, hear, and speak no evil…

In order to escape accountability for his crimes, the perpetrator does everything in his power to promote forgetting.

Secrecy and silence are the perpetrator’s first line of defense. If secrecy fails, the perpetrator attacks the credibility of his victim. If he cannot silence her absolutely, he tries to make sure that no one listens.[1]

In 2018, we need to send a strong message to survivors:

We see you. We believe you. We will support you. And we will respond.

2. How can we defy patriarchy’s attempts to exhaust and silence us in 2018?

Awareness is meaningless without action. We are all responsible for demanding accountability and collectively fighting patriarchy, sexism, and abuse.

We can and should rejoice in every smidgen of progress, every advancement, and every victory. But we can’t afford to grow complacent when the war is far from over. Oppressors rely on the surrender of those they subordinate. They count on the oppressed growing tired, apathetic, complicit, or even satisfied. For this very reason, we cannot fool ourselves into thinking gains are permanent and can’t be taken away.

Our victories were not given to us as “gifts” by men in power. Women before us were jailed, beaten, punished, and killed so that we might be free. And women today are still fighting and struggling for their rights and lives.

Patriarchy may take new forms, but the oppression and the system that executes it remain the same. Cynthia Enloe describes patriarchy’s strategic and creative revival as “stubborn” and “stunningly adaptable.”[2] Oppressive systems survive through constant reinvention. We must always be on our guard to address patriarchy’s next manifestation.

And, with all progress comes opposition. The oppressors have punished the resisters in every major human rights movement in history. In the words of Susan Faludi, “The anti-feminism backlash has been set off not by women’s achievement of full equality but by the increased possibility that they might win it. It is a preemptive strike that stops women long before they reach the finishing line.”

We have a spiritual and moral responsibility to dismantle patriarchy and build a world where women are safe, respected, and treated with dignity. We know our enemy well by now. We will not allow it to deter, silence, or exhaust us in 2018. We persisted in 2017. We will persist again.

“Let us not become weary in doing good, for at the proper time we will reap a harvest if we do not give up” (Galatians 6:9).