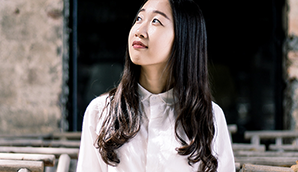 Lessons From A Lone Woman Pastor

I sit with her as she weeps over the trauma-heavy stories of women in her care.

I dream with her as we look for land for her growing ministry.

I hear the confusion in her voice as she describes Western ministries who claim they can solve all her problems without understanding her culture.

I cry with her at the grave of an abused child.

I join with her in songs of exuberant praise.

I watch her smile with delight as she wins a game in a sport dominated by men.

I swell with pride when I hear of her sole female leadership on her city’s ecumenical council.

She’s the only female pastor in her city, and her name is Tek.[1]

She’s a hero. She’s also the only pastor in her city working with women who have been abused and exploited. She leads a church, runs a home for women and children in need, and serves on her city’s ecumenical council. She ministers to an impoverished community on the edge of a graveyard—a leader and servant among the poorest of the poor.

She humbly picks lice out of the hair of women and children who live there. As she drives through the shanties, she rolls down her windows and is greeted warmly by the residents. She stretches out her hand toward the dozens of brothels that we pass, praying for the deliverance of the women enslaved there.

She embodies the true meaning of Proverbs 31.

Western women are often taught a shallow interpretation of this vital chapter. We are mistakenly told that we attain Proverbs 31 status by creating a beautiful home, clothing our children well, complimenting our husbands enough, and doing a little volunteer work on the side. But we have entirely missed the point of the biblical author’s praise of the Proverbs 31 woman.

We are to embody the leadership and service of the Proverbs 31 woman for others. We are meant to live open-handed lives—giving, loving, and leading generously. As leaders, we can’t extend our hands to the poor and vulnerable—the least of these—as an afterthought. Noble women live and lead with holistic, radical, other-oriented love.

The leadership of Christian women, like that of Christian men, ought to be centered on service to others. Women are called to rescue the broken and vulnerable (ezer kenegdo), and we are meant to participate in the redemption of creation in a unique and powerful way.

Recently, Tek was invited to participate in the entirely male body of leadership of her city’s religious council. At her first meeting, she sat in the back, but she was quickly invited to sit next to the chairman who was leading the meeting—something virtually unheard of in her culture and particularly in that setting.

Jesus said in Luke 14:10, “But when you are invited, take the lowest place, so that when your host comes, he will say to you, ‘Friend, move up to a better place.’ Then you will be honored in the presence of all the other guests.”

Tek embodies the call to open-handed, radical leadership and service. Here are seven lessons on leadership and advocacy that I learned from Tek, the sole woman pastor in her city.

1. Tek reminds me that I advocate for women in ministry for the good of the church—because I love the church.

2. Tek reminds me of what this work is truly about. She continuously breaks barriers, shattering any obstacles in her way. But she does it not for her own gain, but to serve others and rescue vulnerable people.

3. Tek reminds me that women leaders can press forward in using our gifts even when our cultures and churches try to restrict us.

4. Tek reminds me that female pastors answer a holy and significant call.

5. Tek reminds me that true leaders, men or women, intentionally extend their hands to the needy and vulnerable—as a way of life and not as an afterthought.

6. Tek reminds me that there is no shame in allowing our emotions to inform our ministry. We should allow ourselves to feel for those we serve and be moved by the plight of those in need.

7. Most importantly, Tek reminds me that leadership in the church is entrusted to us. Authority, whether wielded by men or women, is meant to be used for the benefit of others and for the good of the global church.

This is the truth that should anchor not only our advocacy for women in ministry but our entire approach to church leadership. A great leader practices holistic, radical, other-oriented love and service. In asking the church to empower women as pastors and spiritual leaders, we are asking it to activate women to fully and freely love, lead, and serve.

[1] Name changed to protect her identity.