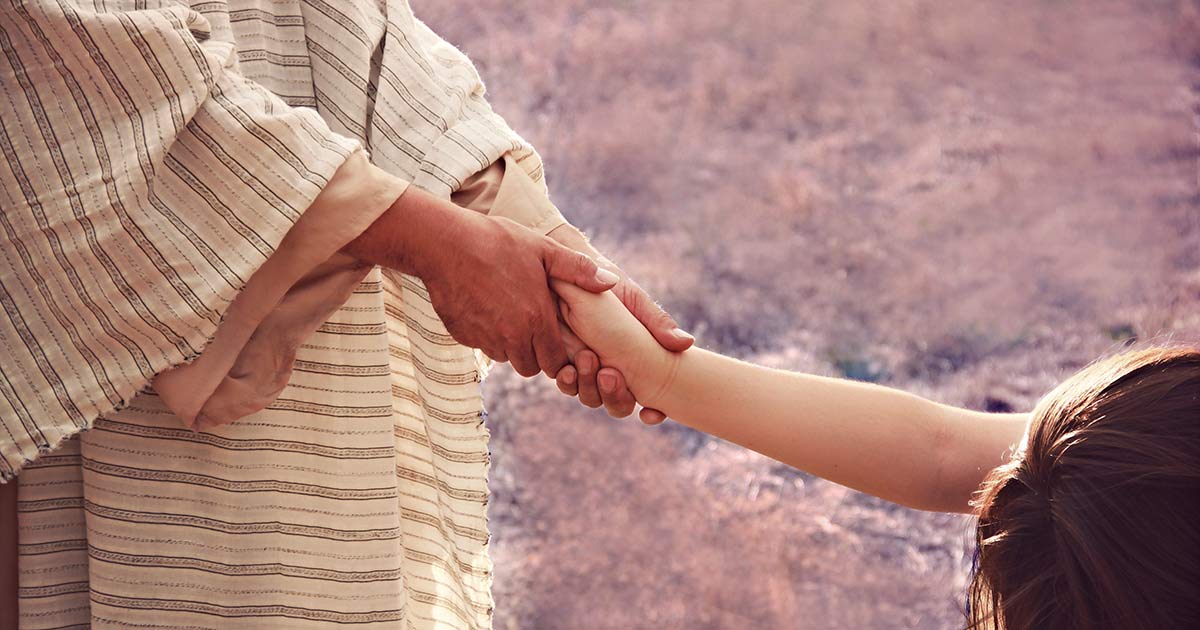 For as long as I can remember, the unnamed woman in John 8 was guilty as accused. It wasn’t a matter of if she committed adultery, but rather that the men in authority said she did. Sermons focus on Jesus’s forgiveness rather than on why Jesus responded the way he did. But I believe there is so much more to learn from Jesus’s interaction with this woman—lessons which can help form our own response to the messiness of interacting with ordinary people.

Every time I teach the John 8 narrative someone always asks, “What did Jesus write on the ground?” Theories abound—from Jesus merely dragging his finger through the sand, to him writing the specific names and sins of the Pharisees. But there is simply no way to know what Jesus wrote because the author chose not to tell us—or didn’t know himself.

So rather than getting caught in the weeds of such details, let’s look at what Jesus did.

Jesus refused to get swept up in this scandal.

I imagine the sense of urgency and the heightened emotions of the crowd swarming in on Jesus as he taught in the temple. They put this woman in front of the crowd. The Pharisees used her as an item, an object, a thing to entrap Jesus. I can imagine the contempt in the Pharisee’s voice as he asked, “Teacher, this woman was caught in the act of adultery. . . . Moses commanded us to stone such women. Now what do you say?” (v. 4–5, emphasis added).

Notice Jesus’s response. He stooped down. He said nothing. He didn’t ask for more information. He didn’t put his hands up, palms out, and say, “Whoa, slow down. I need more information.” Nor did he begin preaching hellfire and brimstone. We expect him to talk, to say something, anything! The Pharisees kept badgering him with questions, and finally Jesus stood up, only to deliver his legendary line, “Let any of you who is without sin be the first to throw a stone at her” (v. 7). Immediately, Jesus stooped down again and continued writing until every accuser had left.

We don’t need to know what Jesus was writing to learn from him in this moment. Too often we allow a group’s emotions to become our own in heated situations. What the Pharisees insisted Jesus deal with on the spot, Jesus decided wasn’t actually all that urgent. Where the Pharisees had cooked up a crisis, Jesus de-catastrophized it by not engaging verbally or emotionally.

We can learn a lot from Jesus’s silence. This was no emergency. Jesus models the humility and self-control of a leader who is quick to listen, slow to speak, and slow to be provoked (James 1:19).

I am convinced that one of the reasons it’s so easy to read John 8 only on the surface is that there is a bias toward women and sexual sin, especially in the church. For example, when it comes to King David and Bathsheba, many Christians feel the need to research and explain away his behavior, to defend him and cover for him by calling his abuse of power an affair. (Even though it was rape.) And yet we don’t give this woman the same benefit. We allow the text to tell us that she was an adulteress and let it be so. This realization should cause us dissonance, and prompt us toward more equitable interpretation in the future.

Jesus seemed unconcerned with the woman’s sexual behavior, especially compared to the Pharisees who brought her to him. We know that Jesus is righteous. He didn’t hide from confrontation, nor did he allow improper or incomplete labels to be applied to what was wrong. We can deduce, then, that Jesus would’ve agreed that adultery is sinful. However, in this text, Jesus didn’t even mention her alleged sin—to the men nor to her. Lynn Japinga describes:

Jesus seems to understand that much of what looked like sexual sin was actually women being taken advantage of and mistreated. In contrast to common practices of his time, Jesus was not afraid of women. He did not view them as temptresses. He respected them as full human beings.1

Jesus’s actions were scandalous because they broadened acceptance, extended mercy and forgiveness to the undeserving, and brought justice to the overpowered and abused. Will the church ever do the same?

Lesson #3: Neither Do I Condemn You

It should strike us that Jesus did not speak to the woman as an individual until the crowd dispersed. I imagine the sounds of stones beginning to drop onto the tiles of the temple courts, one by one. Finally, Jesus and the woman were left alone together.

The silence must have been awkward and deafening in that moment—while the woman stood still and Jesus was stooped down, drawing in the dust. Should she go? Was she allowed to? Should she say, “Thank you” or simply back away quietly? Before she committed to any response, Jesus stood again and asked, “Woman, where are they? Has no one condemned you?” (v. 10).

Ah—she was a person now! Jesus turned her from a thing into a person, merely by asking her a question about her condition. He cleared the crowd so as not to embarrass her further while getting to the truth. Jesus asked her no detailed questions regarding the real story or her side of things. He questioned her privately, but it was only to reveal an evident truth. At her simple reply—“No one, sir”—he added his two cents: “neither do I” (v. 11). Susannah Larry reminds us, “Regardless of her story and how she came to be at that unfortunate scene on that day, Jesus’ response is not to rebuke her or humiliate her.”2

Well, we see that Jesus forgives our sins, and this fact alone is worthy of worship and celebration. Still, if this were the only takeaway from the story, would it be good news for the men who were gathered with stones in their hands? Some interpreters see Jesus offering the group of Pharisees the same offer he later makes to the woman—that of self-reflection and changed behavior at the realization of sin.

What if Jesus had pronounced her guilty and worthy to be stoned? Would it change our understanding of God or the gospel? Most likely, we would see Jesus as upholding the principles of the law and drawing boundaries around what is and is not acceptable behavior. However, because Jesus is different than any other man, this story expands and transforms our understanding of the Good News. Now, it is not only the woman who is offered an invitation to enter into grace, or even the group of men with stones in their hand, but it is also me—and all of us.

For as long as we are alive, scandals will abound. We should expect them. However, the call to follow Jesus demands that we emulate his life and character, and it comes with the guarantee that when we give it our very best effort, we will transform, slowly but surely. “Jesus reveals his risky stance of solidarity with people on the margins of society. Jesus does not assume that the dominant narrative being told about a person’s life is the narrative that person would tell.”3 This is what makes Jesus scandalous. This is the gospel, the transformation of death into life. And I would dare argue that the gospel is more scandalous than adultery and more life-giving than the law ever dared to be.

Photo by Sharefaith on Pexels.

Jesus and Women
The Abusive Religious Leaders of John 8: How a Misnamed Story Can Help Religious Institutions Deal with Sexual Assault
Good Theology Is Not Enough