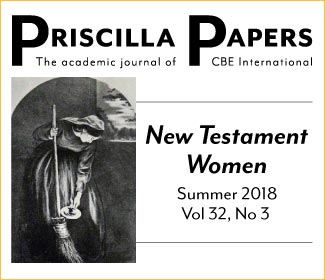 Most people, when they hear Jesus’s parable of the Lost Sheep, understand the shepherd to symbolize God. A glance at one of the most influential books on Jesus’s parables (by Joachim Jeremias) supports this claim, referring to “the shepherd as an image of God’s activity of love.” Bible readers, ancient and modern, have been conditioned to make this connection, for “The Lord is my shepherd, I shall not want. . . .”

Similarly, with the parable of the Prodigal Son, essentially all interpreters view the father as the God-figure. The identity of the parable’s father as God the Father is a central feature, for example, of Tim Keller’s 2008 best-selling book, The Prodigal God, which says in its introduction, “In this story the father represents the Heavenly Father. . . .”

Both of these parables are in Luke 15 (the Lost Sheep is also in Matthew 18). And it is widely known that Luke 15 offers a triad of parables—Lost Sheep, Lost Coin, Lost Son. If these three parables are siblings, the first two are twins. They follow the same structure and make the same point. We should, therefore, be both astonished and dismayed that it is so uncommon for the woman who lost her coin to be viewed as a God-figure! I trust I am not the only reader of Priscilla Papers who can testify to never having heard this woman described as symbolizing God. I have heard thousands of sermons and lessons, and in no setting—church, chapel, or class—do I recall this connection being made.

This issue of Priscilla Papers includes an article by Abigail Dolan titled, “Imagining a Feminine God.” Her article prompted me to write here about finding God in the parable of the Lost Coin and to choose a picture of the seeking woman for the cover. Abby’s article was among the winners of CBE International’s 2017 student paper competition. The other winners, also published here, are Haley Gabrielle and Nikki Holland. In this issue you will also read articles on 1 Peter 3 by John Nugent and on wealthy women of the NT era by Margaret Mowczko (you are encouraged to follow her egalitarian blog at MargMowczko.com).

Rounding out the issue are Michaela Miller’s review of Patterns of Ministry among the First Christians (by Kevin Giles, Cascade, 2nd ed., 2017) and Jamin Hübner’s review of Feminist Thought: A More Comprehensive Introduction (by Rosemarie Tong and Tina Fernandes Botts, Westview, 5th ed., 2018).

On a different note, though I am writing this in early June, it will appear online and be mailed at about the same time as CBE’s conference in Helsinki, Finland. This international conference, “Created for Partnership,” is hosted by the Finnish organization, “RaTas—Christians for Equality.” If you are reading this in July or August of 2018, please offer up a prayer for the conference and its attendees.

Thanks be to the God of Jesus’s parables—Shepherd, Woman, Father—for seeking and finding us.