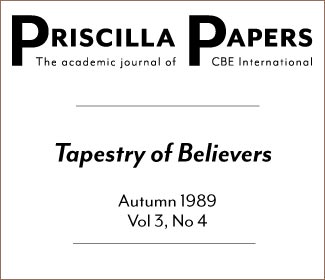 A Call to Co-operation

The fingers on the hand were having a rather heated discussion on who was the most important. When the discussion turned into an argument, the thumb decided to intervene. He suggested everyone sit down and each finger be given the opportunity to state why he thought he was the greatest! The thumb would be the judge.

The middle finger was called to stand, but refused saying, “If all the fingers will stand with me, you will see that I’m the most important” When they stood, the middle finger said, “It is clear that I am the greatest as I stand head and shoulders above the rest.”

The thumb then took a tennis ball and said, “Each one of you come and pick this up.” Each finger tried, but none succeeded. Then the thumb said, “Now work together and try to pick up the ball.” They each held a different part of the ball and found they could lift it. It wasn’t very easy, but they could at least do better than when they each tried to pick up the ball just on their own. The thumb then said, “Now try again and let me help you.” The whole hand, fingers and thumb, all worked together and lifted the ball easily.

When the term “co-operation” is used, the emphasis is usually on “co” -together, but let us not forget that the phrase means as much “working” together as working “together”. There is action involved in “co-operation”, but it is an action undertaken in unity. It is not enough for us to nod assent at the notion of co-operation. What is required is a determination to take the initiatives needed to move ourselves, our congregations, our churches, our groups into co-operative endeavour.

Unity does not mean that we are all the same, as we saw in the example of the hand. Rather it means mutuality and interdependence. It means being united in purpose while giving each member freedom to exercise his or her own strengths.

In Philippians 2 Paul urges his readers to be “one in spirit and purpose”, not to do anything out of “selfish ambition”, and asks each to look “not only to your own interest, but also to the interest of others”.

In the book of Romans we are given a wonderful picture of co-operation in the early church. In Romans we are invited to glimpse an international fellowship of believers who are working to spread the gospel. This fellowship is made up of women and men, of young and old, experienced Christians and new Christians, people representing different countries, different gifts, different opportunities, and different levels of society.

Paul commends these Christian workers to each other: Phoebe, a minister of another church at Cenchrea, is to be received in a way that is worthy of the saints. Timothy, Gaius, Erastus and  others working for the gospel with Paul in Ephesus, send encouragement to those working at Rome.

Clearly, unity was not to be confused with uniformity. We hear too of Priscilla and Aquila, in whose home the church meets; Epenetus, the first convert to Christ from Asia; Andronicus and Junia, who had suffered in prison with, and who, he said, were “outstanding among the apostles”, and others, some of whom were members of slave households and some of the imperial households.

What diversity in unity! All were “fellow workers” in the gospel, but their ethnic, educational, social and religious background were very different, as were their responsibilities, opportunities and experiences. Yet they all had a significant role in the spread of the gospel. The range of ministries created diversity, but the workers were bonded by a common purpose.

Workers in the N.T. era church were as international and in other ways as multifaceted as was the task they undertook. The need for recognition of each other’s work, the value of praying one for the other, and the encouraging of each other, was a vital aspect of their co-operation in evangelism.

It was a co-operation which recognised different gifts and roles, that recognised the primacy of the task, accepted the inevitability of suffering, and warmly and generously gave encouragement. It was not a superficial co-operation which tolerated and even perpetuated division, or that encouraged individualism and needless duplication. Nor was it characterized by competitiveness. (Recent research from the Cooperative Learning Center at Minnesota University has shown that too much competition is bad for our health and can bring out the “beast” in us. Co-operation is conducive to good health and brings out the “best” in us!)

Co-operation means non-competitive partnership. It requires humility and the recognition of others, their gifts and their ministry. Co-operation means genuine partnership between men and women, clergy and laity, young and old, first-world and third world, north and south church and parachurch.

We cannot be partners/co-workers until we recognize our oneness in the Spirit. and until we come in humility asking forgiveness for the divisions we have created, the polarity we have tolerated, the opportunities we have wasted through suspicion and territorialism, the hurts we have administered to one another and the opportunities we have denied each other. And let us recognize that we have done all these. We have allowed personal ambition, rivalry between ministries, dogmatism about non-essentials, denominational distinctiveness, continued paternalism and corporate individualism to cloud our commission and contaminate our call. But it is not enough to acknowledge it; we must do something about it.

We share a common vision: the primacy and urgency of making known Christ’s saving work to all people. However, it is becoming an increasingly obvious fact that the whole gospel will not be taken to the whole world unless it is taken by the whole church.

In the 19th century, the scientists Marie and Pierre Curie had been experimenting with radioactivity. After years and years of work Pierre was one day discouraged and felt daunted by the magnitude of the task. Turning to his wife he said, “It can’t be done. It can’t be done. It will take 100 years!” To which she replied, “It will be done. Even if it takes 100 years! We can do no less than work for it while we have breath.” They kept working and they discovered radium.

Don’t let us be daunted by the magnitude of the task of world evangelization. It can be done no matter how long it takes! And it will be done faster and more efficiently if we – as individuals, local churches and para-church organizations – work together.

The October 88 issue of the Prayer Countdown to Lausanne II in Manila said “A new spirit of co-operation pervades Crhristianity everywhere. International radio broadcasters have banded together to more effectively sound out the gospel message to the world; expatriate Chinese churches around the world have come together under the Christian Coordination Centre for World Evangelization, and different organizations are working together in a number of countries to bring the whole gospel to their entire nation.”

We need to ask for forgiveness for our pride, our self-seeking, our denominational divisiveness, our exclusive structures, and our failure to put first, God and His call to world evangelization. But let us remember that when we ask for that forgiveness, we stand forgiven. The past with all its failures is behind us and glorious opportunities lie ahead. We must not, like Marly’s ghost in Chrales Dickens’ “Christmas Carol”, drag the chain of the past with us wherever we go. We are the forgiven, cleansed, renewed people of God.

Today we can say “Lord, forgive us”. We can also say “Lord, help us to learn from our mistakes and from this day forward go forth together to take your Good News to the world.”

The Lausanne Convenant, Paragraphs 6 and 7 says: “We affirm that Christ sends his redeemed people into the world... We affirm that the Church’s visible unity in truth is God’s purpose. Evangelism also summons us to unity, because our oneness strengthens our witness, just as our disunity undermines our gospel of reconciliation. .. We who share the same biblical faith should be closely united in fellowship, work and witness.”

It can be done, and we can do no less than work for it while we have breath!

Tweet
PrevPreviousNot to be Forgotten: Harriet Beecher Stowe
NextIs There a Biblical Feminism?Next