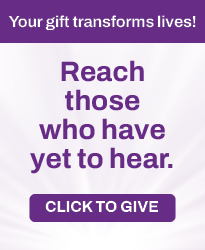 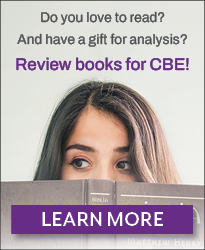 Cut Flowers presents a holistic Christian perspective on an issue that many people born and raised in the United States have heard of, but may know little about. Written by Sandy Willcox, a university professor who grew up in South Africa, this book navigates through the cultural layers of a practice prevalent throughout Africa that many consider one of the main issues of women’s justice today.

The difficulty of assessing Female Genital Mutilation (FGM) begins with the name itself. Often designated “female circumcision,” Willcox explains how this label is not medically accurate. Male circumcision and FGM involve very different procedures and comparing them trivializes the severity of the experience for adolescent girls. She also investigates circumcision within the biblical account, revealing some myths associated with it and calling attention to how the church often perpetuates FGM through biblical arguments.

Even if “circumcision” is not used as a synonym for FGM, the word “mutilation” may not be appropriate either. It lends itself to classifying the practice as an issue of violence against women, but may not respect the women who have undergone the procedure. As a way of protecting women’s dignity, the tradition is sometimes called Female Genital Modification, or Female Genital Cutting.

Willcox provides many case studies, further illuminating the complexity of FGM, though she also generalizes certain cultural features of communities that perform FGM. She brings up the notion that male control of female sexuality is one significant reason why the practice is sustained. The fear that women will be promiscuous leads to unfounded ideas about what will happen to a girl if she does not undergo the cutting, for instance, that she will become clumsy. These beliefs serve to classify girls who have not undergone FGM as unfit for marriage. Thus, not only do the majority of men wish for their wives and daughters to be cut, but also since the practice is so wrapped up in culture, many of the women and girls themselves desire it.

FGM is a highly contested issue in current feminist discourse. Some would argue that to blame FGM on men’s domination of female sexuality lessens women’s agency and unfairly caricatures the societies that practice it. Those of us who are new to learning about this topic should be mindful of this as we raise our awareness of FGM. But surely, education is the best step toward understanding others and increasing our sensitivity, and Cut Flowers can be a helpful introduction.

Perhaps the most insightful aspect of this book is its discussion of FGM as an important rite of passage in many African communities. Willcox does not consider marking the passage into adulthood to be negative, but suggests through her analysis that FGM may be a dangerous way to commemorate it. She explains to the readers that even delineating the health risks of FGM will not cause it to end, since it is such a crucial aspect of culture. Instead, the practice may fall out of favor if different ways of celebrating the rite of passage are promoted. FGM often accompanies the education of young girls about their responsibilities as women. Therefore, she writes, a way to transition out of FGM in several places has been to throw a party at the end of the adolescents’ training. Willcox suggests that this is an area where the church might take a forefront position, replacing FGM with the rite of Christian baptism.

Cut Flowers contains an overview of FGM throughout Africa, some cultural characteristics of these societies, and the health consequences of FGM. Wilcox gives a biblically based response to FGM, as well as resources and recommendations about ways to comfort and act on behalf of women undergoing FGM, making the book valuable to a wide range of professions, including ministers, social workers, and health care workers. If you are just being introduced to the practice, as I was, the book may feel graphic and distressing, but I encourage you to learn about the reality of many women’s lives.

PrevPrevious3 Ways The Church Can Love Sexual Assault Survivors
NextDaughter of the Reformation: A Historical Perspective of the Life and Times of the Wife of Martin LutherNext