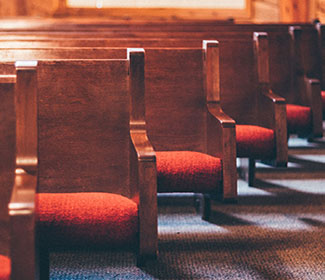 6 Principles for Guarding Churches Against Predators

I was fourteen the first time I rode the subway alone. I remember my parents drilling me about practical safety and how to spot a predator. But in making me aware of the danger and how to respond to it, they trained me to guard myself against abuse.

Conversations like these are crucial. They promote wisdom and awareness, and they also arm us against those with predatory intentions. The church would be a safer place for vulnerable people if we had these same conversations on what abuse is and how we can protect ourselves from it—not just with church board members and staff, but also with entire congregations. As a pastor, I’ve facilitated many conversations on how to identify predators and protect young people, especially young girls. Here are some of the principles I use to identify abusers/predators and guard churches against them:

Predators seek out churches and communities that have a culture of naiveté. They’re looking for leadership that will consistently give them the benefit of the doubt and congregations that easily trust them with young people.

Some people think they’ll be able to spot a predator with ease. But predators come in all sizes and from all backgrounds. They may be a new convert to the faith or a lifelong Christian. They can be young or old. They might be attractive, social, and likeable. Smooth-talking and charming.

Abusers are often clever and manipulative, taking satisfaction in their ability to manipulate those they see as gullible or trusting. Able to blend into church culture and quickly adapt to what others want them to be. Many understand people very well and are able to mirror others’ personalities, often ensuring they will be popular and trusted with responsibility. Or they might be withdrawn and quiet.

In the first church I pastored, there was a couple who seemed a bit off to me. The husband was withdrawn and the wife often seemed nervous, but they were faithful church attenders every Sunday. They had a daughter who easily befriended some of the young girls in our youth group.

I felt instinctually cautious toward them, for whatever reason. But when I voiced my concerns and advised caution, another pastor at the church dismissed me and accused me of being standoffish.

One night, his daughter attended a sleepover with the couple’s daughter at their house. While the two girls were asleep in another room, the girl’s father came into the room to fondle them. The pastor’s daughter escaped and ran out of the house, and went to a local store to call her parents. Our small congregation quickly learned that predators have a way of finding a comfortable niche in church pews.

Sometimes, you may have a bad gut feeling about someone who turns out to have abusive intentions. But it’s also not uncommon for predators to act respectfully in public settings and psychotic and controlling in private with their victims. Many times, after uncovering an abuser, people say something like: “I never would have guessed he was that kind of person.” This is why we need to listen to our gut feelings when we do have them, but we also need to cultivate a church culture of wisdom and watchfulness.

Predators thrive on smoke and mirrors. They also love to hide their true intentions behind religious jargon. They’ll justify abusive, harassing, or predatory behavior with references to Scripture or false outrage when they’re accused or distrusted.

You can find predators at all levels of the church: in the pew, the board, youth and children’s ministry, and even the pulpit. Some would rather fly under the radar in trying to control and isolate others, but others find ways to elevate themselves to positions of power. Then, once in those positions, they use their platform to poison church culture; increase faith in their leadership; and discourage dissent. Sometimes, entire churches can fall victim to the skillful rhetoric of an abuser.

Predators are also often divisive; they play the victim when accused; and they intentionally draw on the values of Christian culture in their rhetoric in order to make it easier to perpetrate abuse.

Predators often use hyper-masculine and authoritarian rhetoric. Many find refuge in communities that embrace male dominance and submission, because it can be easier to groom young girls. Churches that preach and commend female submission can be nesting areas for predatory behavior because girls learn to trust and obey men at a young age.

Take away that ease of control and predators will go somewhere else. Patriarchy enables male abusers by granting them a dangerous amount of power over women and by training women and girls to trust male leadership. Abusers are generally attracted to victims they believe will be obedient and submissive. This is why it’s so crucial to not only not teach one-way submission but to actively teach young girls that they have the authority to defy men who make them uncomfortable, or who harass or attempt to control them.

Ever seen a scared ostrich? These awkward and big creatures do the nonsensical when they are afraid. They bury their heads while leaving their entire body exposed.

The church has done likewise. We’ve kept fairly quiet on the topic of abuse over the years. We’ve been sloppy with grace, ignorant of what it means to do justly, and emotionally disconnected from the consequences of abusive behavior. We’ve been conned and we’ve allowed it to happen.

It’s easier to explain away each instance of abuse than it is to admit we have a problem—a problem in our culture; a problem in our relationships; a problem in our theology. By burying our heads in the sand, we’ve allowed predators to roam in the corridors of our churches. We’ve left the Body exposed in order to not lose face.

But our choice to pretend ignorance has been costly, especially to girls and women. The stories are many and the victims countless, and we can no longer turn away. It’s time to admit that we could have done something long before now but didn’t. This isn’t our opportunity to save face. This is our chance to willingly lose it in order to see justice done. It’s time to repent of looking the other way and acknowledge that we failed the “least of these.”

Hard as it is to believe, there are men who sit in your pews on Sunday and then go home to beat their wives and children. There are also, very likely, predators looking to manipulate and control young people in your church. Abuse and/or predatory behavior is a cycle of violence that escalates with time. Think of a circular maze. A victim falls into an abuser’s trap. She or he may not know how to get out, and is ashamed to speak. So, she/he makes excuses for the abuser and often blames herself/himself. There is likely at least one person stuck in this abusive cycle in your church. Acknowledge that harsh reality.

Also, abusers don’t simply decide to stop their behavior one day. No amount of love or submission from victims will change their hearts. Abusers cannot be “churched” out of predatory or violent behavior. It’s simply not realistic.

Predators need real, professional help to address their dysfunctions and real consequences (criminal justice; loss of position) for perpetrating abuse. Make sure all in your congregation know that abusers and predators will be prosecuted i.e. we forgive you, but you’re still going to jail.

I can’t reiterate this simple principle enough: just don’t be so trusting. Place safety above your instinct to give the benefit of the doubt. It may seem uncharitable, but it’s not. Our children and all members of our community are priceless children of God. We can’t afford to be lackadaisical with security. We should never take chances with the sons and daughters of the church.

As a pastor, realize that predators are con-artists and they look for points of weakness. Do background checks on everyone on your church staff, not just those who work with children. Have checkpoints at every level. Change church locks periodically. Change security codes and passwords often. Create bathroom policies and enforce appropriate boundaries between leaders and students. Hire a third party to check computers for any inappropriate use of information, pornography, or solicitations.

Those who deal with teens and children need to be supervised. Have a system where children and teens are never alone with a leader; this is especially important for the children’s safety and but also for leaders’. Rotate your leaders. Many predators will patiently groom a child or teen over weeks, months, and years. Changing out volunteer leaders periodically will ensure that few have regular access to potential victims.

Have law enforcement train your staff on signs of abuse. Surround yourself with respected counselors that can speak to your staff and congregations about appropriate touch and what to watch for in groups. Get informed on advocates that you can use as referrals.

Be wise. Be watchful. Be firm. Having these hard conversations openly and decisively will give your congregation the tools they need to spot and guard against abuse.

Tweet
PrevPreviousWhat Kind of Men Will Our Church-Going Boys Become?
NextAltogether Lovely: A Thematic and Intertextual Reading of the Song of SongsNext