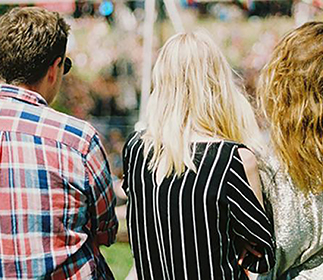 6 Myths About Advocating for Women in Ministry

Recently, I received a couple of e-mails from a few well-meaning friends suggesting that I tone it down with social media posts advocating for women in ministry. These friends suggested that my posts cause tension, make the church look bad, and turn people away from attending church.

I took their words to heart, prayed, and pondered them for some time. I asked myself, do these posts truly have a negative effect on the church, or do some Christians mistakenly believe that advocating for women in ministry disrupts church unity? As a former lead pastor and a fairly new advocate for women in ministry, I hear many unfounded myths like this about the inclusion of women in church leadership. Let’s explore some of those myths.

Myth #1: Advocating for women in ministry will turn people away from the church.

According to various research polls, the increase of people who identify as “unchurched” rose by 21% between 1993 and 2015. 85% of those “unchurched” women are more accurately identified as “de-churched.”[1] One of the top reasons women are leaving church is the “lack of emotional engagement and support.”[2]

In reality, people are already leaving the church, and they are acutely aware of the problems we face as a community. The church actually strengthens and grows when men and women collaborate to honestly approach challenges.

Our main priority as kingdom-bringing Christians is to build bridges where there were once barriers. Advocating for women in ministry provides opportunities for bridge building, and breaks down barriers to the gospel.

Myth #2: Advocating for women in ministry causes people to lose sight of the gospel, and doesn’t help win people to Jesus.

This myth is the logical fallacy: A, therefore not B. Just because someone advocates for women’s full equality in ministry does not mean that they don’t love evangelism. Advocating for full equality for women in ministry is all about how God views people, and it has everything to do with what Jesus did for all of humanity.

Carolyn Custis James asserts in Half the Church, “When half the church holds back–whether by choice or because we have no choice–everybody loses and our mission [winning people to Jesus] suffers setbacks.”[3] The kingdom grows stronger when we work together for the gospel, side by side.

Myth #3: Women who advocate for equality “wear the pants” in their families.

Simply put, this myth exemplifies shaming, implying that there is something emasculating about an equal marriage partnership. In the book, The Subtle Power of Spiritual Abuse, this is one of the seven characteristics of a shame-based relationship.[4]

This myth belittles women who have strong callings in ministry by acting like they subvert some natural order and shames men who faithfully support those callings. We should replace this myth with Scripture and combat shaming of strong women and men who affirm them.

Myth #4: Women who advocate for equality have a Jezebel spirit and have subverted God’s plan for man’s rule over them.

Another characteristic of shame-based relationships, this myth shifts blame onto, manipulates, and humiliates women so “they won’t act that way anymore.”[5] It implies that women are the only ones who ever behave negatively, and it says that a desire for equality is sinful.

The truth is that both men and women can have an unhealthy, controlling spirit. This problem is endemic to humanity. The solution comes when control is released and the marginalized are empowered. Advocating for women in ministry is all about empowering and releasing others into ministry. And Genesis 1:28 indicates that God’s original plan for man and woman was that they would lead together.

Myth #5: Men who advocate for women in ministry are weak and need to “man up.”

Another effort to shame, this myth attempts to undermine men by striking at their masculine identity. And yet, the Apostle Paul himself is considered a strong man in both complementarian and egalitarian circles, and he was an advocate for women in ministry. Throughout his epistles, but more specifically in Romans, Paul commended women as co-laborers in ministry.[6]

Men who advocate for women in ministry are strong men, and they have kingdom vision. As the Apostle Paul illustrated, male support is essential to activating women for the gospel.

Myth #6: Advocating for women as equal partners in ministry is anti-biblical.

Used and abused, this myth pops up regularly despite evidence to the contrary. Many people use this myth to dismiss examples of women in ministry such as Deborah, Huldah, Priscilla, Junia, and more. But advocating for women as equal partners in ministry is biblical and examples of men who did so are found throughout Scripture.

Side note: You can find many resources and books on these topics through CBE International and other websites. Here is a list of blogs from the Junia Project with more information.

It is time for men and women to set aside myths and labor together for the kingdom of God. Our common ground is Christ and him crucified. We must work together by honestly addressing our challenges, advocating for each other, and continuing to evangelize, pastor, teach, preach, and serve regardless of gender.

PrevPreviousStill Side by Side (Korean)
NextChallenging Hidden Gender Messages: From Sensory Videos To Silent SermonizingNext