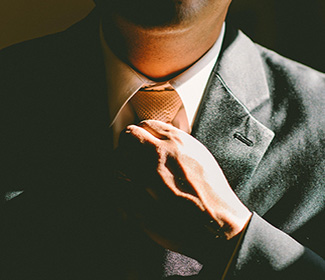 I first noticed it when I bought my Nook. Erotica. Everywhere. Written by and for women.

So much for letting my kids peruse the free e-books section!

It seems that e-readers opened up a whole new world to women, a world they were too ashamed to admit interest in with a bookseller judging their literary choices through chunky hipster glasses. What the internet did for pornography, the Kindle does for erotica, providing unrestricted access to titillating titles no one else has to know about.

While I was irritated that I couldn’t surf for e-books without wading through a sea of steamy Smashwords covers, I wasn’t incredibly surprised. After all, girls have been sneaking “bodice-rippers” home in their backpacks for decades. I was surprised, however, when 50 Shades of Grey rode the e-reader revolution right to the top of the New York Times bestseller list.

Haven’t heard of the 50 Shades trilogy? An ABC News article explains: “Anastasia Steele, 21, and a virginal college student, can’t say no to dashing 27-year-old Christian Grey, who insists she sign a contract that allows him to submit her to his every sadomasochistic whim. In their first sexual encounter, Grey unveils his silver tie and binds her wrists in knots, and Steele does as she is told. He is also fabulously rich, a telecommunications tycoon, and uses his wealth to take care of her like a pampered princess. ‘Ana,’ as he calls her, willingly and excitedly agrees to spanking, whipping and gagging, with props like ice, rope, tape—a repertoire right out of a BDSM (bondage, discipline, dominance and submission) manual. Grey instructs her to call him ‘sir,’ and sets rules on everything from her diet to her most intimate grooming routines”.1

If you think that sounds more like domestic abuse than sexual fetishism, you’re not alone. In an interview with The Atlantic, Sophie Morgan, a British journalist and BDSM practitioner, says “The relationship between dominant Christian and submissive Ana, even allowing for the caveats of it being fictional and somewhat based on the Edward/Bella Twilight romance, is nothing like any relationship I’ve had with a dominant. The kind of high-handedness that Christian shows is actually more a sign of a potentially abusive relationship that most women would and should run for the hills to avoid than signs he’s her Prince Charming—helipad and penthouse apartment or not.”2

It’s easy for Christians to condemn books like the 50 Shades trilogy for their sexually explicit content. But a more insidious danger lurks beneath the surface-level depredations, one that is perhaps more apparent to secular British journalists than the typical evangelical reader, with their expectations of strong male “leaders” and needy, submissive heroines. The truth of the matter is that men like Christian Grey—domineering alpha-males with subtly abusive traits—are a staple in popular romance novels, Christian and otherwise. The Beauty and the Beast motif is, after all, a “tale as old as time.” A winsome maiden finds herself at the mercy of a powerful, intimidating man. She initially resents his arrogance, but, as her growing love “tames” the beast, she concludes that his controlling behaviors are just an expression of the intensity of his love for her. When she resists him, she is chastened to discover that his surly actions and unreasonable rules always had her best interests at heart, and that stepping outside his protective boundaries is a recipe for disaster, one that he will most likely have to rescue her from. Think Edward in Twilight. Think Rhett Butler in Gone with The Wind.

When this is what society holds up as the paragon of romance, is it any wonder that many Belles enthusiastically submit themselves to surly, controlling Beasts, only to discover that living happily ever after with him is about as likely to happen as a dinner party put on by singing, dancing flatware?

Still, the question remains: Why are women attracted to these stories in the first place, especially when they include violence against the female? Shouldn’t novels where women are minimized, mistreated, slapped, tied down, held against their will, and even raped set stomachs, and not pages, turning?

Proponents of patriarchy have an answer, and it is truly frightening. In his book Fidelity: How to be a One-Woman Man, Douglas Wilson writes “Because we have forgotten the biblical concepts of true authority and submission, or more accurately, have rebelled against them, we have created a climate in which caricatures of authority and submission intrude upon our lives with violence. This is what lies behind sexual ‘bondage and submission games,’ along with very common rape fantasies. Men dream of being rapists, and women find themselves wistfully reading novels in which someone ravishes the ‘soon to be made willing’ heroine.”3

Since women don’t actually enjoy being controlled, raped, bullied, or abused, we can safely say that there is not. But somehow, women have been conditioned to fantasize about being taken in hand by a dangerous, domineering man, to consider it romantic. How?

Perhaps we have underestimated the power of the stories themselves.

There are cultural, psychological, and even physiological reasons why some women gravitate toward threatening “heroes” or violent sexual fantasies. Women’s bodies respond to perceived sexual threat by becoming physically aroused. It’s a defense mechanism to minimize injury if they are assaulted.4 Knowing this may help us understand how fiction that celebrates sexual violence could be an easy way for inexperienced teens or exhausted moms to experience a bit of a tingle. Yet, this age-old storytelling medium has played a crucial role in promoting an unhealthy view of sexuality and relationships, one that has been passed down from a dysfunctional, and often violent, patriarchal past. In a blog post titled “The Brain on Lust,” Sharon Hodde Miller, a PhD candidate at Trinity Evangelical Divinity School, explains that “whenever you learn something new, your brain changes, both physically and chemically. As that new information is stored, your brain creates new neural pathways and strengthens old ones…The more you use certain neural pathways, the stronger they become, whereas others weaken with lack of use.”5

In other words, our minds are, in the most literal sense, moldable. The more time we spend thinking about something (hours submersed in romance novels featuring domineering or abusive heroes), and the more our associations are reinforced (domineering men are sexy, and relationships with them will lead to happy endings), the stronger those neural pathways become. Just like pornography, romance novels can rewire our brains, overwriting reality with unhealthy fantasies that we increasingly associate with pleasure.

Not all romance novels are bad, of course. But it is important to use discretion and read critically, and encourage others to do the same. The narratives we accept as normative, and the stories we tell others, with our words and with our lives, wield incredible power. If what we fill our minds with literally changes the landscape of our brains, it’s crucial to ask: Whose blueprint are we going to follow, and who do we want to do the landscaping?